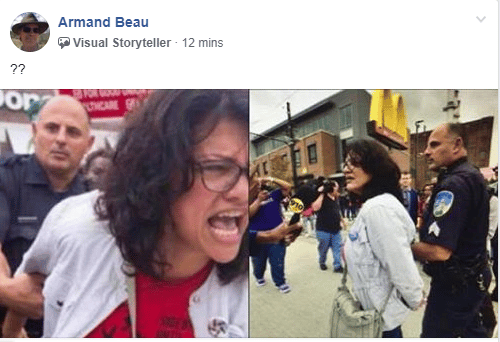 She supports an international boycott against Israel

Michigan Rep. Rashida Tlaib (D), who this week became the first Muslim Palestinian-American woman to serve in Congress, has made an alteration to the map in her Washington, D.C., congressional office — and it involves Israel.

After Tlaib was sworn into Congress on Thursday, a BuzzFeed reporter touring Tlaib’s new office noticed a “slight alteration” to Tlaib’s map. A picture revealed that someone — it’s not clear who — placed a sticky note near Israel. That same note included the word “Palestine” and an arrow pointing to the region.


Someone has already made a slight alteration to the map that hangs in Rashida Tlaib’s new congressional office. pic.twitter.com/mwyshIog4r


Despite officially being a member of Congress for just two days, Tlaib has already stirred lots of controversy.

Editor’s Note: Let’s see if she can take what she dishes out 😀