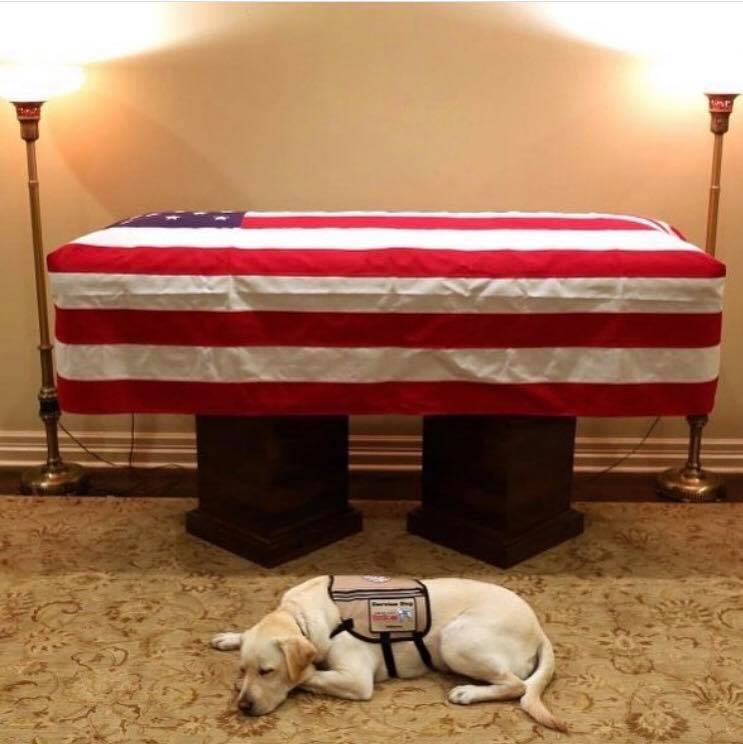 On the day he turned 18, just 6 months after the attack on Pearl Harbor, George H. W. Bush volunteered for combat duty in World War II. He would become the youngest aviator in U.S. naval history at the time, flying 58 combat missions—including one that saw his plane take enemy fire and require that he parachute into the Pacific Ocean to survive.

That legacy alone would be enough to earn our Nation’s eternal debt and gratitude. For George H. W. Bush, it was only the beginning of a lifetime of public service. He would go on to become a member of Congress, Ambassador to the United Nations, Director of Central Intelligence, Vice President, and, finally, President of the United States.

“President Bush always found a way to set the bar higher,” President Donald J. Trump and First Lady Melania Trump said in a statement over the weekend. “It is with great sadness that we mark the passing of one of America’s greatest points of light.”

President Trump has proclaimed this Wednesday, December 5, as a National Day of Mourning as President Bush’s State Funeral is held in Washington.

The President and First Lady’s statement on the death of George H. W. Bush.