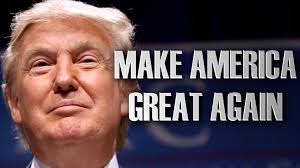 During processing, agents conducted a records check on Euder Eizeo Gomez-Fuentes, a 23-year-old Guatemalan national, and learned he was convicted in February 2018 in Grand Rapids, Michigan, for 3rd degree sexual conduct with a child under the age of 16.

Federal law allows agents to charge individuals by complaint, a method that allows the filing of charges for criminal activity without inferring guilt. An individual is presumed innocent unless and until competent evidence is presented to a jury that establishes guilt beyond a reasonable doubt.

The first assault occurred when agents disrupted a human smuggling attempt south of Three Points. While attempting to arrest four male suspects, one of the men became combative.

The 25 year-old Guatemalan national resisted arrest by throwing dirt at an agent’s face, and by swinging his belt and affixed buckle, attempting to strike the agent. After a struggle, the man was handcuffed by assisting agents and placed in a service vehicle, where he again assaulted another agent by spitting in his face.

Two illegal aliens from Mexico and Guatemala, along with an Arizona man, previously arrested by Border Patrol for smuggling, were arrested during this incident.

Later that evening, west of Three Points, another Border Patrol Agent was assaulted as he attempted to arrest an illegal alien. The agent, accompanied by a canine partner, tracked the man to a desolate desert area, where a 36-year-old Guatemalan national became combative, striking the agent several times. The agent eventually made the arrest by subduing and handcuffing the man.

Both combative men will face criminal charges for assaulting a federal agent. The illegal alien responsible for the second assault, was previously removed from the country in May for immigration violations.

One agent was taken to a local hospital for evaluation, and was released.