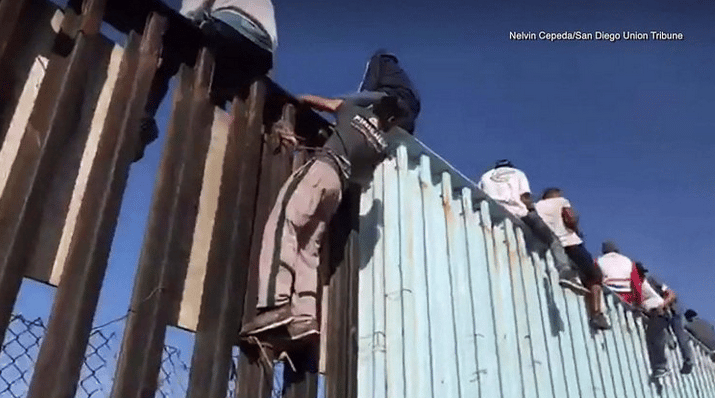 Multiple illegal migrants from the infamous caravan have breached the border. And some may have escaped into the United States.

Migrants have reportedly broken though the U.S. border at Tijuana, Mexico and some may have escaped. Reuters reports that about 25 migrants climbed a 10-foot metal fence as darkness descended Monday night.

U.S. Border Patrol guards caught most of them, according to Reuters, but others may have escaped detention. Witnesses say the would-be refugees used blankets and ropes to climb over the wall, where thousands of them remain