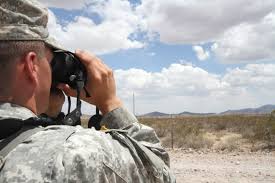 As 400 military police officers from the U.S. Army redeployed to San Diego, the Trump administration approved the use of troops for law enforcement tasks at the southern border, stating that they are permitted to employ lethal force, according to a White House memo obtained by Newsweek.

The “decision memorandum” was signed by President Donald Trump on Tuesday and ran through Derek S. Lyons, a Harvard-educated lawyer and White House staff secretary to John Kelly, the White House chief of staff and former U.S. Marine general. The documents were obtained from a Defense Department source.

“Anybody throwing stones, rocks, like they did to Mexico and the Mexican military, Mexican police, where they badly hurt police and soldiers of Mexico, we will consider that a firearm,” Trump said. “We’re not going to put up with that. They want to throw rocks at our military, our military fights back. I told them to consider it a rifle.”