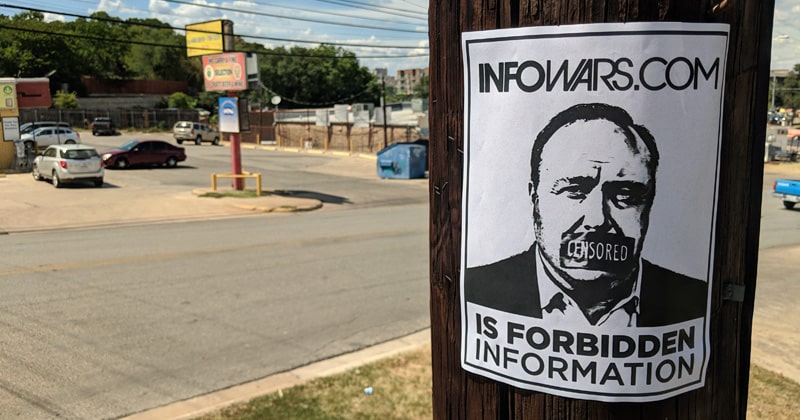 As the past days have made clear, Infowars is the forbidden information the globalists don’t want you to have.

Youtube, Facebook, Apple, Google and others have declared war on free thought, and they’re determined to use their algorithms to censor other conservative voices.

In light of the coordinated blacklisting by big tech monopolies, Infowars is going low-tech and grassroots to circumvent their digital censorship.

Use your own design, or print out [theirs] and post in your area.

Post photos of your efforts on social media under the hashtag #FreeInfowars or #IamAlexJones.

Remember to place them in legal and lawful areas and abide by all local ordinances when displaying your posters. Some places you might post them include entertainment venues, eateries, bars or other public commons areas where posters are already featured.

“As always, we here at Infowars salute you, our humble audience, and are deeply grateful for your continued support.”

EA Media stands with you on this one Alex and Infowars Team!