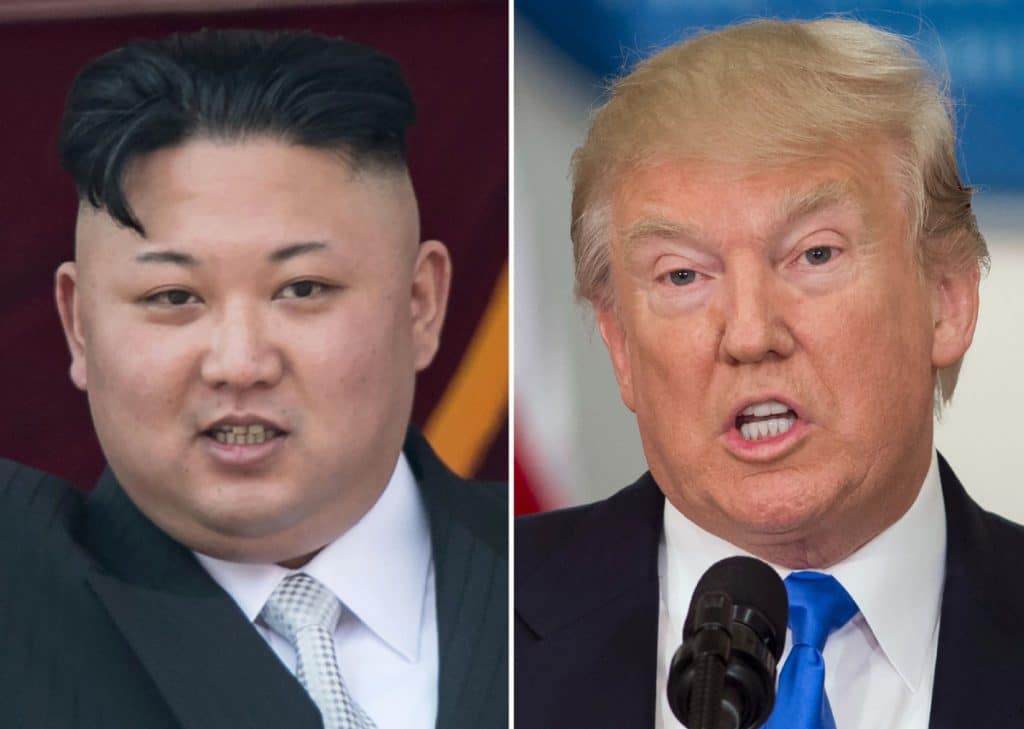 While Americans back home were just wrapping up their Monday night, live footage and photos from Singapore’s Sentosa Island showed Trump, 71, and Kim, whom experts believe to be 33, shaking hands at the Capella Hotel, marking the first time that a sitting U.S. president and a North Korean leader have met.

As the two approached each other from opposite sides of a white colonnade, Kim said, “Nice to meet you, Mr. President.”

After their initial greeting, the two leaders retreated behind closed doors — with only their respective translators — for a 45-minute, one-on-one meeting.

Before commencing the meeting, the two sat down and answered one question each for reporters, with Trump asked how he felt being there.

“I feel really great. It’s gonna be a great discussion and I think tremendous success. I think it’s gonna be really successful and I think we will have a terrific relationship I have no doubt,” Trump said.