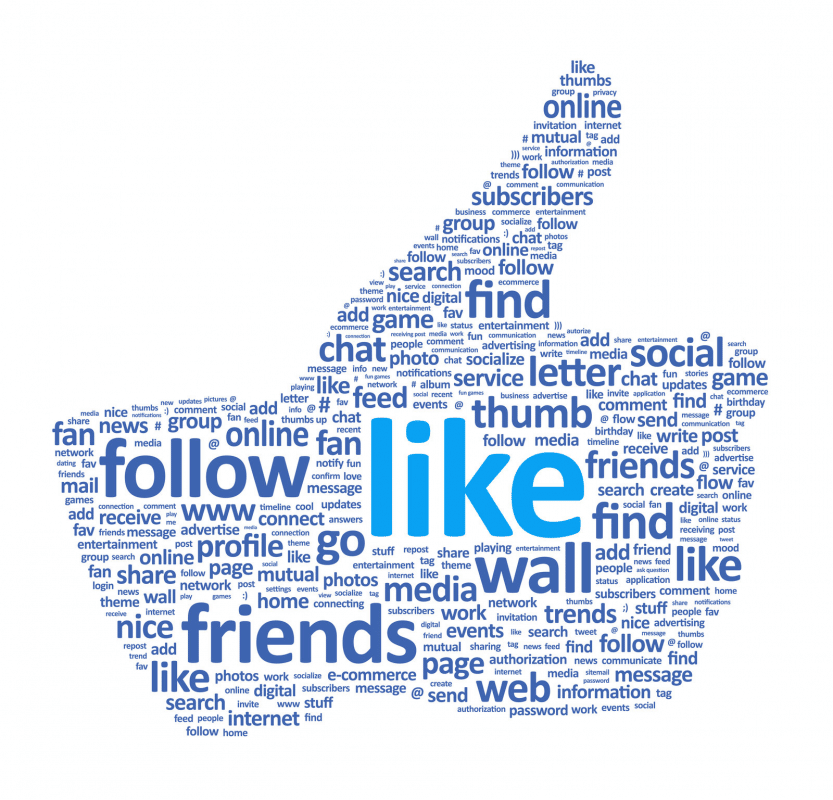 Does Facebook Make You Feel Important? The Truth – You Are Important To God

All of us like Sheep have gone to Facebook.
Each of us has turned to his or her own page…
For importance.

All for the world to see. Or at least those you call your friends and for many (myself included) a lot of those friends are not really friends. They are simply people who have befriended you or you have befriended them all via Facebook and all with the intention of feeling important.

Facebook makes you feel important. Important to the world. But in reality, you are not important. You may feel important but in the long and short of things, you really aren’t. At least to Facebook. Sorry, but you are really only as important as you think you are and Facebook has certainly made people feel very important.

In full disclosure, I got on Facebook once with much trepidation. Several people suggested it is a logical progression in networking and getting my career as a freelance writer and screenwriter started. So I got on. I can tell you, without hesitation, that probably 95 percent of my “friends” were people I had not met and most of them I had not even carried any sort of conversation via Facebook. In fact, every now and then my “friend” list chinked down one and I had no idea who de-friended me.

However, the networking was somewhat fruitful though not as fruitful as I had hoped, but certainly more fruitful than had I not got on Facebook. And I will admit, Facebook has revolutionized our ability to network and communicate. Regardless, I am no longer on it deleting my account long before the current privacy issues with the social media platform.

I used to write “Letters to the Editor” mainly to vent my frustration with what’s going on in the world. It was nice seeing my name and thoughts in print but after a while I realized that I am not changing anybody’s mind just as no one changes my mind when I read their silly letters. Therefore, in reality, I was not really all that important.

I also used to think, a long time ago way before Facebook, that someone or somebody actually cared what music I was into, what sports teams I liked, what TV shows I watched, etc. I didn’t take long to realize that no, no one really cares and I think much of this came when I found others rather annoying when they tried to prove to themselves and others what a big fan of this or that they were. So I worked on being less annoying about what I was into and made it sometimes hard to get much about me out of me.

But, Facebook has now come along and given most of Generation Y, all of Millennials and surprisingly a lot of Generation Xers and even a number of Baby Boomers a reason to feel important. They feel important because now their entire lives are on Facebook for potentially all the world to see. So what they like, say and do matters. Or at least they think so.

On my “news feed” I used to see people post their “song of the day,” lots of political ideas and thoughts, and I even read how one person’s life had been completely changed exactly one year ago to the day of the posting all thanks to the concert of some band they had attended. Really?

The ones I found most interesting were the posts about what the person was doing exactly at that moment. Sometimes they even said they can’t wait for the meeting they are in…at work…to end. Oh how did we ever get along in this world before Facebook? No one knew what we were doing all the time and we only shared what our likes, loves and dislikes were to the few family members and close friends (who we actually spent time with in person) that were important to us and us to them. That’s how we used to feel important – with people who cared!

What did we do prior to Facebook’s existence? Did we call everyone we knew to let them know where we were at that precise moment, you know, just in case they were wondering? What about a health scare? Like cancer. Would you let everyone you know on Facebook you are struggling with a life altering disease? Apparently so. Don’t you think meeting with or at least calling family and close friends to let them know what’s going on offers a better way? You know, letting the people important in your life know something important about your life.

Facebook has become so important in people’s lives that studies on Facebook users have been commissioned and completed. The results are startling and quite relevant.

One study I particularly recall reading about described heavy Facebook users as narcissists, with visions of grandeur, self-centered and completely full of themselves yet at the same times these people have little self-esteem and feel worthless about themselves. This is particularly true of people who often change their Facebook profile photo especially when it is changed to present the Facebook user in a funny or goofy manner.

In an October 6, 2010 article that appeared in Texas Christian University’s student newspaper the “Daily Skiff” that discussed a “Psychology Today” review of Facebook, it turns out that Facebook users become used to thinking and doing everything in front of an audience. After all, they’ve put their entire lives, thoughts and opinions on review for everyone to see.

“They get used to behaving in front of a crowd,” the author of the article, KC Aransen, writes. “After posting their lives for their friends to see and to judge, people have come to use Facebook to gauge not only their relationships, but also their level of importance. This leads to anxiety in people who seek approval from others and is found increasingly among the female users of the site.”

A study by the University of Georgia, which appeared in the October 2008 issue of the journal “Personality and Social Psychology Bulletin,” showed Facebook and other social networking sites can be useful in detecting whether someone is a narcissist. Lead author of the study Laura Buffardi said narcissists use Facebook in a self-promoting way.

The research showed a relationship with the number of “friends” a Facebook user had as well as the number of wall posts. Muffardi said this was consistent with how narcissists behave in that they have many, but often shallow friendships.

The Internet has made the world smaller, yet at the same time has made us as individuals smaller than ever. The Facebook Delusion that we are important has almost created a permanent high school atmosphere for the many people who use Facebook. In high school, it was normal and natural to want to be important and feel important. So, many of us jockeyed ourselves into position as high school students to be important to our classmates, teachers and our high school.

Then we graduated. And we grew up.

In the book “Changed by Faith” Luis Palau writes that in Exodus 3, the message it took Moses 40 years to figure out was that “He was nothing and God was everything.” It was a lesson that Palau too said he had to admit in the early years of his ministry. “Everything in my ministry was worthless – unless God was in the bush. Only he could make something happen. Only he could make it work.”

We are important with God.