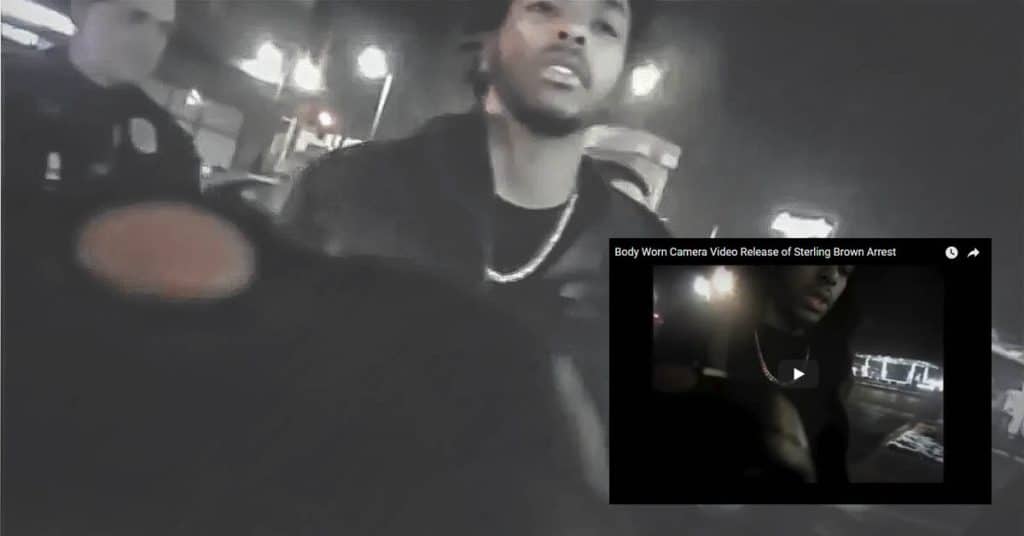 I’m a white man just noticing the facts here and reporting on the truth. I call injustice where it is despite skin color.

I think racism goes both ways and is rather sad in all circumstances.

In this situation the black man got tased and thrown to the ground by Cops who have been trained to abuse their powers.

I respect Law Enforcement only when they respect who is paying their salary, WE THE PEOPLE!

They are Civil Servants and this “police state” has gotten ridiculous in America as well as around the globe, but especially in America! Our Police are militarized beyond galore.

For example, I was taught that if a person is threatening me with their hands, I could use a “soft arm” such as a Baton, Taser or Mag light, etc. and in the event of a person carrying a knife or something that is a threat to my life, I could escalate to using a firearm.

It is taught by The Police Academy for Officers to be one step above in all situations.

Citizens are also widely PROGRAMMED through “lamestream” media television news outlets and TV programs that “THE COP IS ALWAYS RIGHT AND DESERVES THE RESPECT.” This is far from the truth. I do believe they deserve respect but only when they REALIZE THEY ARE CIVIL SERVANTS!

I respect that they put their lives on the line to protect & serve, however going above what is necessary is NOT always necessary. America has the highest-level fatality rate among shootings by police officers than any other civilized nation. This is because Police Officers in other countries don’t abuse the power that is given to them by the people. They actually make an effort to DE-ESCALATE, the opposite of what US Officers often end up doing.

Government was never meant to be out of hand or over reach its bounds. All governments throughout history have been Put in Place (HIRED AND ESTABLISHED) By the People to SERVE THE PEOPLE! When it gets out of hand it is the DUTY of We the People to “put them back in check”, even if this requires a revolution.

Here is the video cam footage from Sterling Brown’s arrest along with an apology from officials:

Video courtesy of The Associated Press!