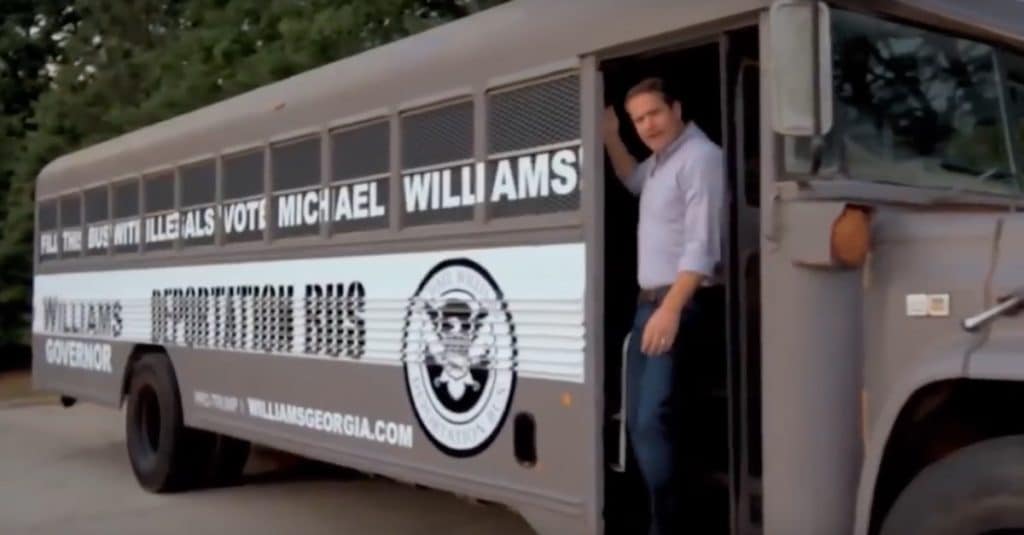 The Community Movement Against ‘Sanctuary’ Laws Meets ‘The Deportation Bus’

This piece brought to you by The White House and Infowars:

Sanctuary jurisdictions hinder Federal immigration enforcement. These jurisdictions often refuse even basic requests for information, such as notification to Federal officials before the release of dangerous criminals from custody. The consequences of such actions can be fatal.

California has passed statewide sanctuary policies that restrict cooperation between Federal immigration authorities and local law enforcement. Now, communities across the state have started coming out in opposition to the new laws. Many of these local leaders cite fidelity to the U.S. Constitution over California state law.

Yesterday, President Trump met with local officials who spoke first-hand about how these sanctuary policies jeopardize the safety of their communities. “Our people are the ones hurting,” San Jacinto Mayor Crystal Ruiz said. “All of us need help getting this solved.”

What you need to know about the movement against “sanctuary” policies

We’re going to ship them off on The Deportation Bus – LOL.

Watch This Video of Georgia Republican Michael Williams and “The Deportatoin Bus” … Below: