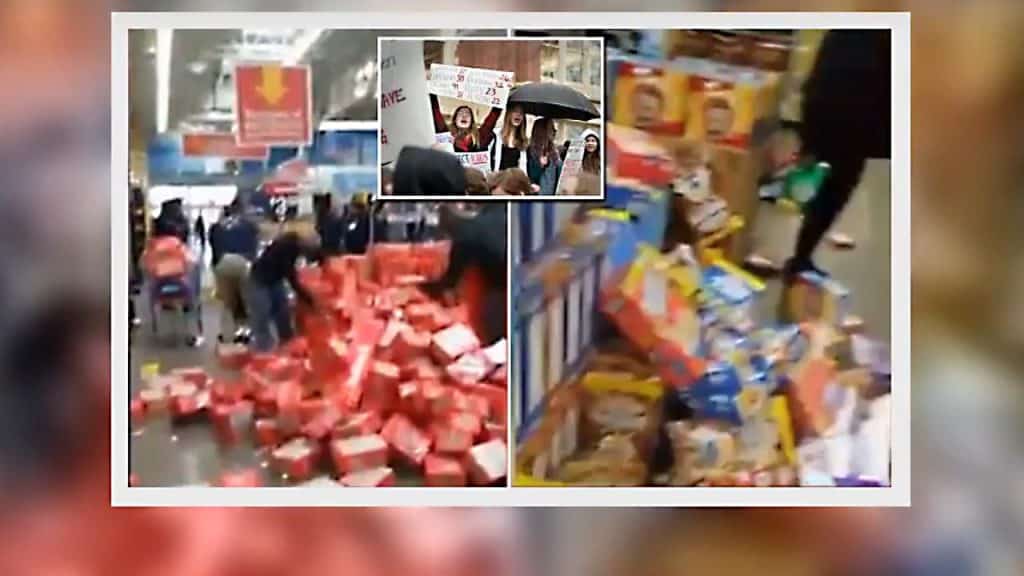 Dozens of Chicago students were supposed to be protesting guns but instead trashed a local Walmart.

Chicago police reported that students from Simeon Career Academy went on a vandalism spree Wednesday at a Walmart in Chatham Market on the South Side of the city. It happened during the 17-minute nationwide protest against guns.

What did they damage?

Students Suspended For NOT Walking Out!