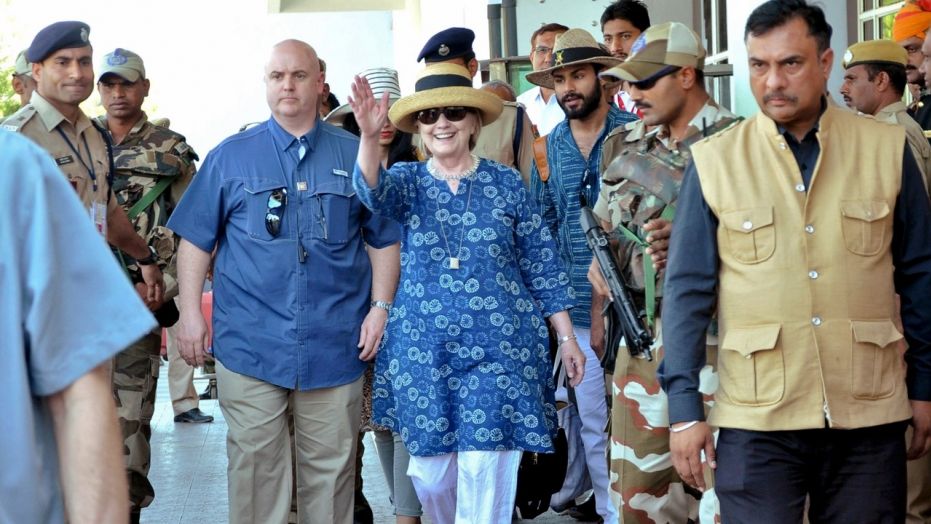 Hillary Clinton’s visit to India suffered another setback this week as the former secretary of state fractured her wrist after slipping in the bathtub at the five-star resort where she was staying, according to a report by DNA India.

The website reported that Clinton was taken to a hospital in the city of Jodphur at around 5 a.m. local time Wednesday. Clinton underwent an X-ray and a CT scan that confirmed a hairline fracture of her right wrist.

The Times of India reported that Clinton had been given a plaster bandage and advised to go for another checkup in three days. The injury does not impact Clinton’s ability to travel.

The Times of India and DNA India both reported that Clinton had been treated for pain in her right hand since she arrived in Jodphur Tuesday afternoon. The pain forced her to cancel a planned visit to the 15th-century Mehrangarh Fort Tuesday evening.

Earlier in the week, video showed Clinton slipping on stairs twice as she visited the Jahaz Mahal in the ancient city of Mandu. Clinton appeared to use her right hand to catch herself on the stairs, but it was not immediately clear whether this fall was the source of her injury.