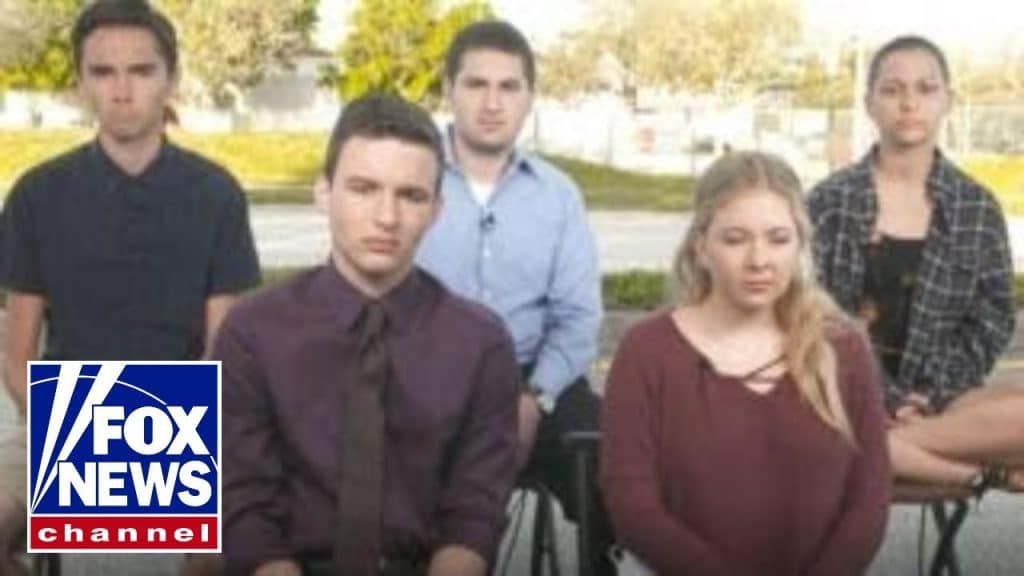 Why Are There Conspiracy Theories Surrounding The Florida Shooting? The Truth!

I did NOT write this.

~ZW
THE FALSE FLAG THAT JUMPED THE SHARK

Some kids get shot and before the bodies cool, there is a uniform narrative about restricting gun rights. Ok. Weird, but alright.

It looks odd – that only these four kids are being given the mic, out of thousands, and that they all agree America needs to take guns – but Ok.

Then we learn Hogg kid’s dad is in the FBI. Ok. Super weird but still with you. Mom very active Democrat at the Federal level. Slim chance, but alright.

We learn police knew of this kid, and several people warned of just such an occurrence. Police had been notified 39 times about him in the past. He was on SSRIs. FBI knew about him. Everybody did nothing, but now we are supposed to give up the guns.

This is where you lose John and Suzy Q Citizen.

Many didn’t care to join the debate but now something interesting is happening.

The kids are all drama students. What?

Hogg, the focal point, is extremely well put together for a kid who allegedly just lost 17 classmates. He is Tweeting a steady anti-gun message. The group of kids puts school aside and begins a whirlwind TV tour to badmouth guns. They have booking agents, travel people, handlers, and organize a national rally. We hear of kids threatening to stop going to school. No. Way.

If you ask why these actors (not ‘crisis actors’) are helming this movement, your Facebook/YouTube/Twitter gets shut down. So, social media is using this event to control speech. Wow.

Patriots are now freaked out and people who were asleep are getting woke. Definitely doesn’t smell right.

Kings of fake news, CNN, are in lock-step with this ‘movement’, which appears less and less organic, and more and more steered or exploited or controlled by people who want us DISARMED, FOR SOME REASON.

CNN is caught rallying to get YouTube to shut down InfoWars, alleging they called the kids ‘crisis actors’. CNN is conflating ‘crisis actor’, which implies nobody died, with the children being drama students and well-supported spokespeople, which they are.

We are now Full Orwell. CNN is racketeering and the Establishment is so desperate they don’t see how this will backfire, or how little sense it makes already.

BUT WE ARE JUST GETTING STARTED.

We learn there was talk of a drill that day. BOOM.

We have testimony that people were with the kid when the shooting began (which means he didn’t do it). BOOM.

We hear that multiple Deputies STOOD DOWN that day, arriving and waiting for the shooting to end. BOOM.

We learn the video was WOUND BACK 20 minutes so that they could not assess what was going on (this doesn’t make sense – you would think there would be multiple 9/11 calls and you could hear gunshots but ok). BOOM.

We have teachers reporting the shooters was in full body armor. But we know Cruz took an Uber and was not wearing armor when he was apprehended. BOOM.

And all the countervailing details are suppressed. At this point, NPR and CNN and Mainstream News are in their own little bubble, reporting to themselves. Nobody buys this narrative. If you still believe the Establishment narrative, after learning this fact pattern, you are a holdout, and thank God we put Trump in office.

Nothing they told us makes sense, and ignoring all of this and growing increasingly shrill in a push to disarm people is backfiring. As it should.

The proper response to this is BUY MORE GUNS. This was CLEARLY a false flag.

Nothing about their narrative adds up. All they did – as I predicted – was a) entrench the gun lobby, and b) sell more guns. Something I didn’t predict also happened: c) this false flag was SO BAD AND NON-CREDIBLE they actually woke a bunch of people up with it, by orchestrating and hammering a narrative and bullying people who simply had *questions*.

It is ‘Las Vegas’ Bad, where they fuck it all up and try to ‘cut to commercial’.

Now Florida legislators are talking about arming teachers. This, like Las Vegas, which was carried out by Alwaleed Bin Talal, appears to have been real: people died.

When schools are armed, both unstaged shootings and false flags and hoaxes will die down. The first two for the same reason: people don’t want to get shot. And hoaxes because disarming a teacher would not have stopped a mass shooting, even if you could argue that arming them would not have.

Well, they know they sell guns with the anti-gun message. It wasn’t to stop the 2nd Amendment. It was a) to attack it, and b) attack Americans.

Sheriff Israel is connected to CAIR and Schultz and a Super Democrat. And it was the same county as the OTHER mass shooting (in an airport last year, in which a guy complained he was hearing ‘demon voices’).

And, like Vegas, it is being carried-out by pro-Islamic groups inside government. Basically ISIS brought over for planned MS-13 / ISIS takedown that would have happened had HRC won.

Why Wahhabi Muslims? Because they are the only remaining muscle, willing to kill children, and they are doing it Syria just as they do it here. Sort of obvious.

Seems hard to believe, but Wahhabiists like Brennan and CAIR-friendly Sheriff Israel, are the only organizations well-funded enough, with the connections inside government, and the axe to grind, to pull this off. Fatullah Gulan and all the sweet Somali Sudanese and Syrian ‘refugees’ we let in and lost (Islamic terrorists training camps stateside are well-established). They are headless, but still have guns and can work with Israel and the FBI (again, as they did in Vegas) to get low-hanging ops like this one, done.

This is ALL THEY CAN DO.

I don’t have the bandwidth to post links, but to your research. The frequent contributor ‘Zach’ on InfoWars has verified all this. And that guy (not me, regrettably) hasn’t been wrong yet. They also want to kill the president and the handgun in the motorcade last week was another serious attempt. They are considering mini-nukes, wooden drone swarms – anything. Donald Trump has Deep State howling cries nobody hears. This is how they are responding. And there will be *more*, even through they aren’t working.

This is the END. This is Hitler liquidating concentration camps even though he can’t win. All bets are off.

Lots is happening behind the scenes.

Buy more guns. They prevent about a million crimes a year and the NRA has nothing to do these ‘school shootings’.

David Hogg BUSTED By Classmate: He's Not Even Supposed To Be In Our School

[…] Why Are There Conspiracy Theories Surrounding The Florida Shooting? The Truth! […]