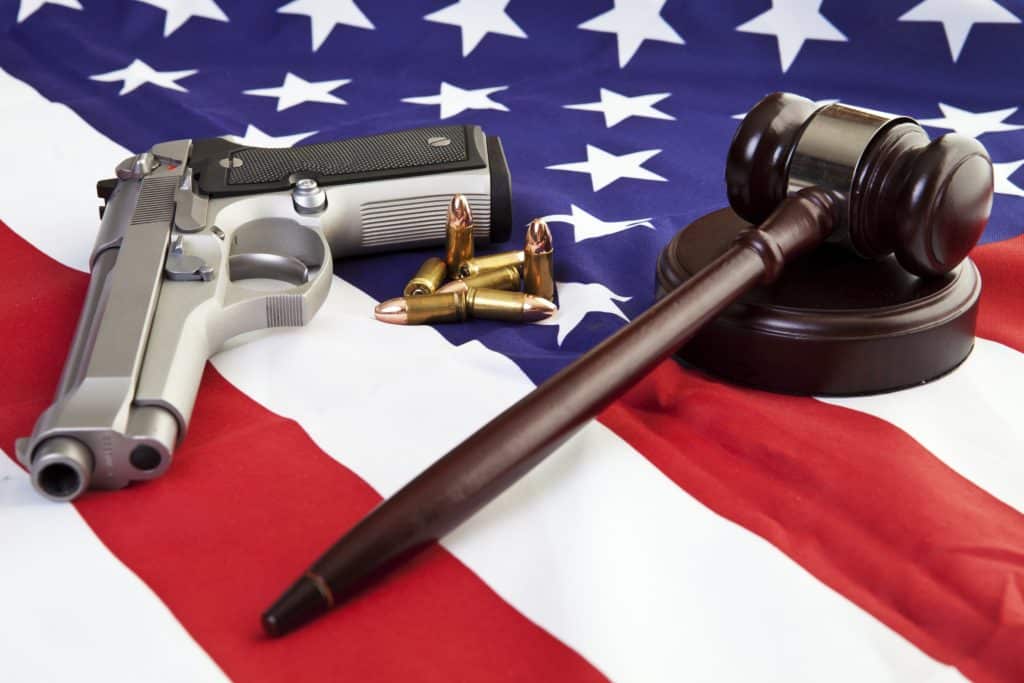 Brought to you by Dudley Brown of NAGR:

We have an all-out emergency in Washington, D.C.

I regret to inform you that President Trump is advocating for more gun control than former President Obama EVER dreamed of passing.

And I’ve got to tell you, I couldn’t believe what he said.

When talking about gun rights and due process, Trump fired back at Vice President Pence, stating: “take the guns first, go through due process second.”

That’s right; President Trump is calling for the elimination of due process rights, which is the only thing that has prevented numerous innocent Americans, including veterans, from having their guns ripped from their hands.

All it would take is one government bureaucrat slapping a crazy label on your file for your guns to be confiscated.

But that isn’t the only anti-gun demand Trump made.

The President also made it clear that he is pulling a play out of Obama’s handbook and will ban bump stocks without even asking Congress for approval, stating:

“We can do that with an executive order . . . so you won’t have to worry about bump stock, shortly that will be gone.”

Remember during the Obama years when conservatives everywhere, including Donald Trump were railing about then-President Obama’s abuse of executive action?

In 2012, Donald Trump stated “Why is [Barack Obama] constantly issuing executive orders that are major power grabs of authority?”

I could ask President Trump the same question right now.

This is an all-out emergency, and your support now is absolutely vital.

Things in Congress are only getting worse for gun owners . . .

And I’m afraid an unholy alliance is forming.

And it pains me to say that President Donald Trump is their main cheerleader.

During a meeting with Congressional leaders, President Trump spent the entire time stating that pro-gun bills are off the table, while actively promoting more gun control than Obama ever dreamed of passing.

Trump even buddied up with Sen. Dianne Feinstein, telling her to plug her infamous “assault weapons” ban into the “school safety bill” he is actively promoting, telling her:

“Dianne you have some very good ideas . . . I’d rather have you come down on the strong side.”

The most important thing you can do right now is sign your NO GUN CONTROL, NO DEALS Petition making it clear to President Trump and the rest of Congress that we will not accept any gun control.