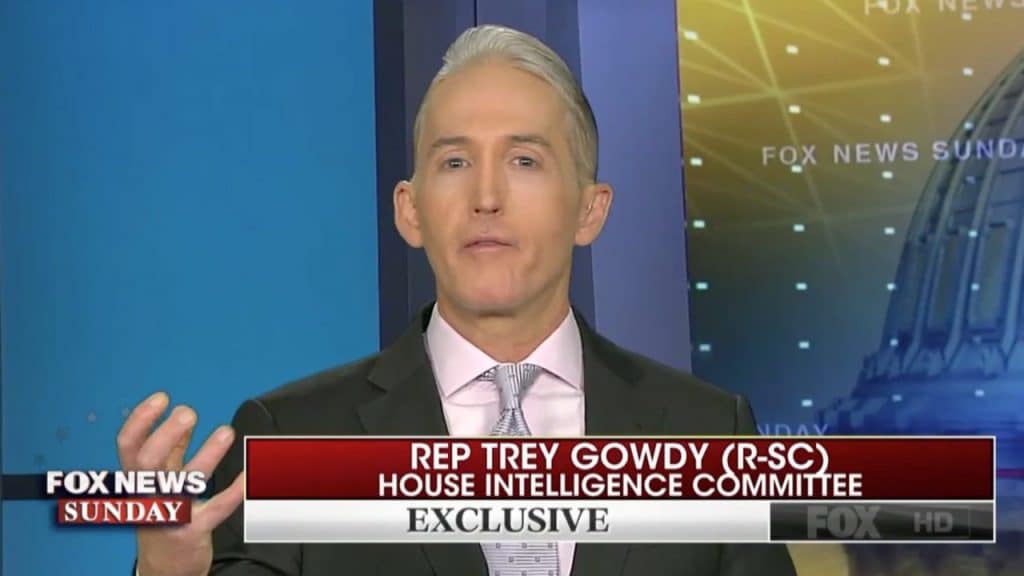 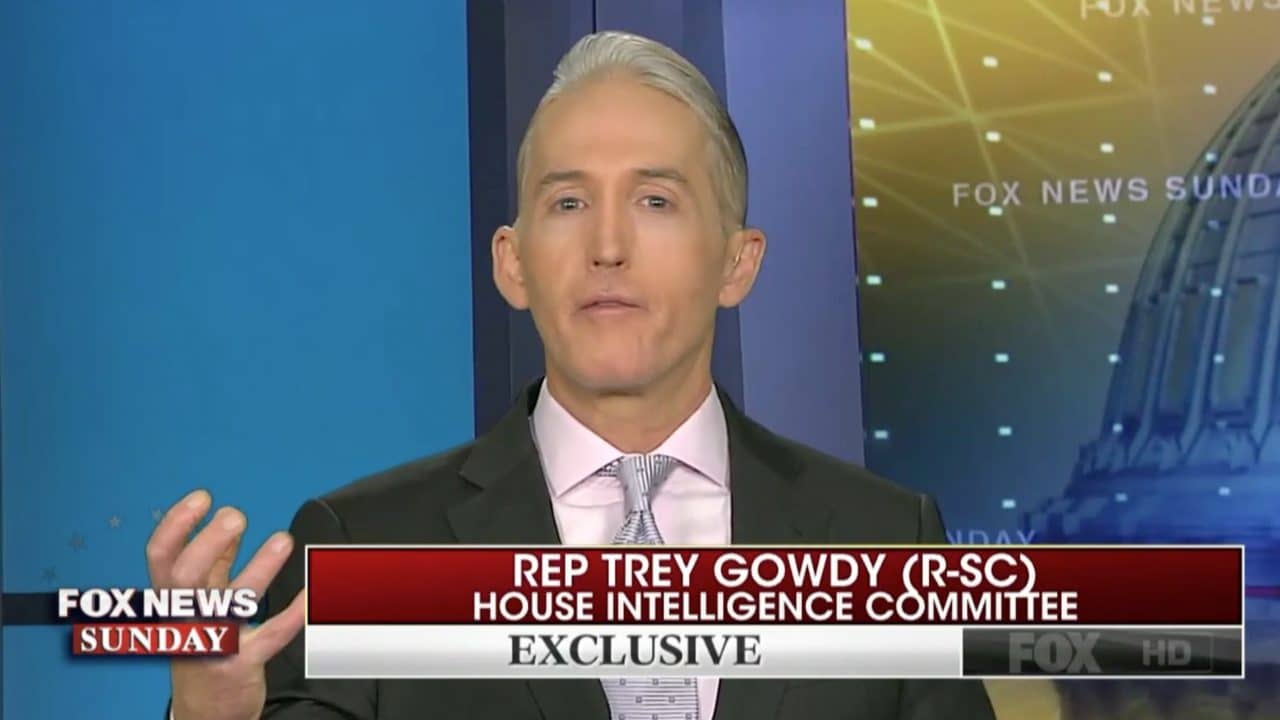 Rep. Trey Gowdy (R-S.C.), one of the leading House Republicans, hinted at the contents of the secret “FISA memo” that details alleged government surveillance abuses during an interview on “Fox News Sunday.”
What did he say?

Since news of the memo broke, Republicans have called for the memo’s public release, as has President Donald Trump. They say the American public needs to see what the memo contains, and more importantly, what the government is doing. They say the four-page memo offers evidence the Obama administration used the Foreign Intelligence Surveillance Court to spy on the Trump campaign and transition team.

Democrats, on the other hand, say the memo is filled with classified, biased information meant to undermine the Department of Justice and special counsel Robert Mueller’s Trump-Russia investigation.

Through a series of well-crafted rhetorical questions, Gowdy hinted at the contents of the memo, which he helped write, in his interview with Fox News anchor Chris Wallace on Sunday.

First, Gowdy made it clear the memo isn’t biased. He explained it is the “distilling” of thousands of pages of documents given to House investigators.