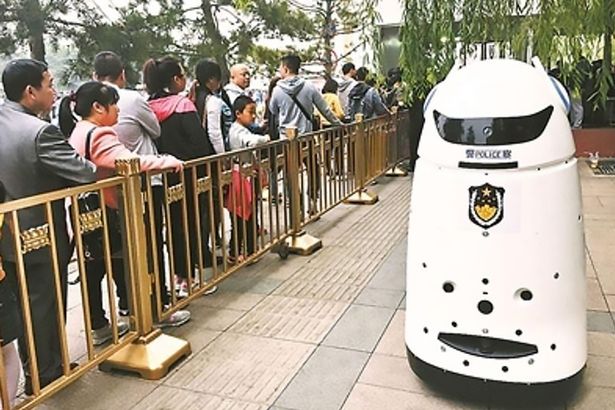 Robocops have been deployed in a busy city centre in a futuristic bid to control huge numbers of holiday crowds.

Police robots are being used for the first time by the authorities in China.

The bizarre looking bobbies have been used to control crowds during the recent public holidays.

But the made-in-China cops are nothing like the metallic bipedal humanoid android seen in the sci-fi film “RoboCop” and instead look like glorified vacuum cleaners.

However, the bots deployed this past week in the Chinese capital of Beijing are not to be underestimated, as they come with state-of-the-art facial recognition software that can sense danger – as well as an extendable electroshock arm.