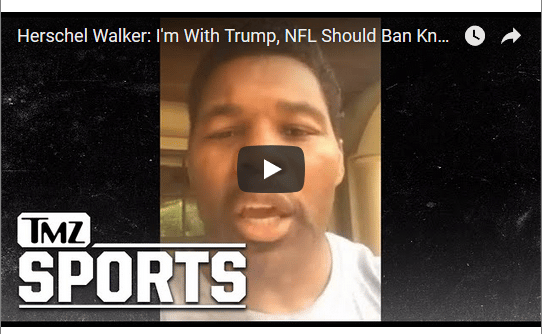 At least one NFL legend — former Dallas Cowboys and Minnesota Vikings star Herschel Walker — has had enough with the league’s anthem-kneeling protests.

According to TMZ, in a video that’s gone viral, Walker lent his support to President Donald Trump and criticized both the players who have decided to kneel and NFL Commissioner Roger Goodell for allowing the protests.