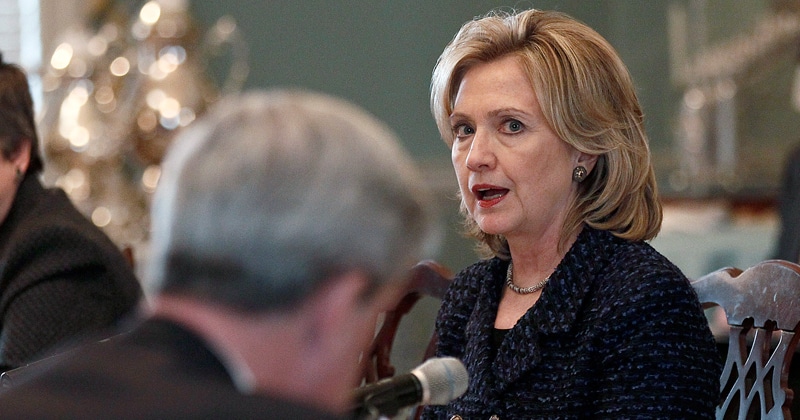 There’s interesting speculation that Special Counsel Robert Mueller is actually gearing up to investigate the Clintons, and his “Russian collusion” probe is a ruse.

The theories behind Mueller’s true role gained steamed on 4Chan and Twitter, where it was pointed out that the special counsel has been strangely silent during the entire investigation and has packed his staff with experts in organized crime rings and terrorism – not foreign relations and election fraud.

Of course, this speculation could easily be wrong and Mueller really is just leading a witch hunt into Trump. For one thing, at least five of Mueller’s staff members have donated to Democratic campaigns, including Jeannie Rhee who formerly represented the Clinton Foundation.
That said, the Clintons do have a pattern of alienating former associates – and those who felt mistreated might also be motivated to distance themselves from the Clinton crime network – and could be seeking immunity.

Even more interesting, Peter Strzok, who was a leading member of the FBI’s Emailgate investigation into Clinton, is also on board as well as Lisa Page, who is an expert in money laundering and organized crime.

It’s as if Mueller “is getting staffed up to go after an international crime ring with financial ties to terrorist organizations,” reports The Conservative Explorer.