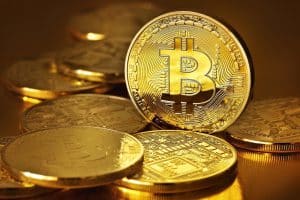 Cryptocurrency investors have suffered heavy losses following a dramatic drop in the price of Bitcoin and Ethereum in recent days.

Bitcoin fell to around $1,863 and Ethereum to around $133 over the weekend – 38 percent and 67 percent off their all-time high respectively. Bitcoin, in particular, suffered heavy losses since hitting a high of $3,018 on June 12.

By Monday, Bitcoin had recovered slightly to $2,129 while Ethereum also rose to $176.

The decline appears to be part of a wider trend across the market, with trade publication Coindesk reporting Sunday that the worth of all publicly traded digital currencies had fallen by a total of $10 billion in 24 hours over the weekend.

Writing for VentureBeat,, analyst Anupam Varshney put the fall down to market manipulation and amateur investors with little experience of the stock market panicking after seeing their first losses.

“The cryptocurrency market is as unregulated as it can get,” Varshney wrote. “Things that would result in jail time on the stock market are legal here. In such a scenario, it’s no surprise that big players are manipulating the markets for their own gain.”

He added that “amateur investors, on the other hand, want to make quick profits. Once the price starts falling, these investors tend to panic sell.”

Meanwhile, Mark Karpeles, the head of the failed Japan-based Bitcoin exchange Mt. Gox, pleaded not guilty to charges of embezzlement at the opening of his trial in Tokyo earlier this month.

The exchange was shut down after it reportedly lost 850,000 bitcoins worth $500 million. Mt. Gox blamed hackers for the loss. Japanese authorities later charged Karpeles with accessing the exchange’s computers and inflating his own account.