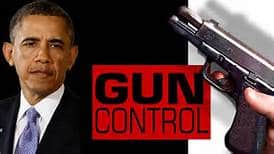 By a 57-43 margin, the Republican-led Senate voted Wednesday to repeal an Obama-era regulation designed to block certain mentally ill people from purchasing firearms. The vote, which approves a House resolution passed earlier this month, now sends the measure to the White House for President Trump‘s signature.

President Trump, who campaigned as a defender of gun rights and a friend of the National Rifle Association, is widely expected to sign the measure.

The rule on the verge of rollback would have required the Social Security Administration to report the records of some mentally ill beneficiaries to the FBI’s National Instant Criminal Background Check System. Those who have been deemed mentally incapable of managing their financial affairs — roughly 75,000 people — would have been affected by the rule, according to NPR’s Susan Davis.

Read More at NPR … Leave us your comments in the section at bottom of page!