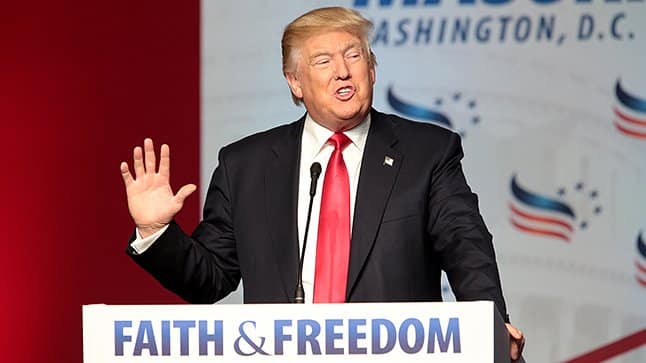 Pro-Life Priorities: What We Can Expect From Trump Administration

“The Donald” is surely stirring up Wash. DC post election and it’s still unclear if he’ll even get in the oval office with all the shady and sometimes straight up illegal schemes from the Democrats & Leftists including President Barack Obama and Hillary Clinton, but this has been syndicated from Operation Rescue for your reference as well as enjoyment … honoring all of God‘s little ones that we’ve lost via abortion. Always seek the truth!

Washington, DC – With Donald J. Trump now our President-elect, and both houses of Congress firmly in the hands of pro-life Republicans, Americans who are opposed to abortion now have hope that real progress can be made in the struggle to protect innocent lives from the brutality of abortion death.

“Operation Rescue has named our five top priorities for the next Congress and the new Trump Administration,” said Troy Newman, President of Operation Rescue. “During the election, promises were made to pro-life/pro-family groups, and after Inauguration Day, it will be time to make those promises a reality. We can accept no excuse for failure.”

1. Make conservative, pro-life nominations to the U.S. Supreme Court.
The promise that Mr. Trump would appoint a pro-life justice to replace Antonin Scalia was one of the strongest promises made. Fulfilling this promise must be among the Administration’s top priorities. Without solid justices that will uphold the Constitutional right to life, all other pro-life actions become subject to reversal.
2. Defund and prosecute Planned Parenthood.

The majority of the American people oppose tax-funding for Planned Parenthood as long as it is in the abortion business. Money that now helps Planned Parenthood market abortions to vulnerable women should instead be reallocated to legitimate health care clinics so no one goes without the care they need.

It must be a high priority to prosecute Planned Parenthood for the hundreds of alleged crimes related to the illegal trafficking of aborted baby remains, and for over-billing government funds for prescriptions and services. A strong message must be sent that abortionists are not above the law.

3. Pass the Pain Capable Unborn Child Protection Act.
This would ensure that babies at 20 weeks gestation and older have legal protections and cannot be aborted. This will end the savagery of poisoning and dismembering pre-born babies that are capable feeling pain.
4. Repeal Obamacare and its Abortion Mandate.
Obamacare has been a disaster for the American people in general and for those of faith in particular, who have been forced to pay for abortion and birth control in violation of their religious liberties. There are ways to improve health care for Americans that do not involve paying for abortion and other services that violate the deeply held religious convictions of millions of Americans.
5. Extend the Select Panel on Infant Lives into the next Congressional session.
It is important to continue the Select Panel’s investigation into illegal abortion practices and trafficking in baby body parts, which is set to conclude at the end of the year, because of delay tactics that have left subpoenas unanswered. At the very least, any recommendations made by the Panel to state attorneys general or the Department of Justice should be respected and crimes prosecuted.

This is not an exhaustive list of everything that could be done, but it is a start.

“It is our hope that the table can be set within the next four years for the complete abolition of abortion,” said Newman. “That is our ultimate goal, and for the first time since Roe v. Wade, it is now possible to achieve it.”