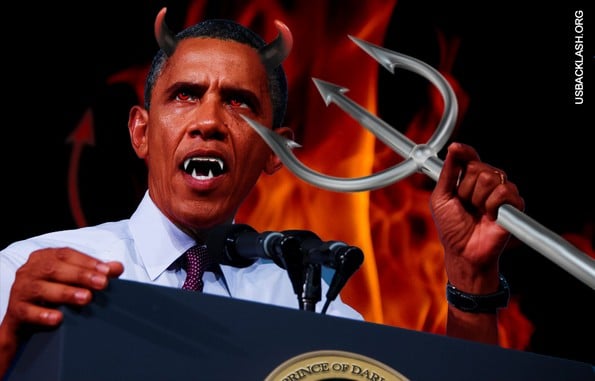 EA Media stands for God, Family and The Constitution of The United States. Obama neglects to give The True God, Jesus Christ glory and praise. He is not only a Muslim, but an illegal alien to the US and Traitor to all Americans, especially African Americans. Crime has rose under his presidency than any other president in history. He has turned his back on the American People vetoing legislation that would stop the slaughter of innocent young lives. Then in 2016, during the historical presidential election he stood for Crooked Killary Clinton, notorious for the millions of dollars received through “pay for play” Saudi Arabia donation via The “Fake” Clinton Foundation. Killary has harassed those that come against her and Bill on allegations that Bill raped them. She is suspected to have went SIX times HERSELF on a sex offenders plane (Epstein) that chartered underage girls for the pleasure of Bill and Killary, The Lesbian Devil Worshipper .. which leads to the last but definitely NOT LEAST issue I will address here: The Pizzagate Scandal which doesn’t only include “eating little boys hot dogs” and “girls pizzas” (ridiculously sick) … they go even further to even slaughter these children for Satan. Obama knows all, has known all and came here to America against family values to further slaughter the country. The elite tried to get Hillary in to put the final touches on bankrupting America into submission, but the voice of The American People rose up like 1774 and voted Donald Trump. The elite including their puppets, Killary and Obama despise sites like this and are attempting to get us SHUT DOWN by calling us “fake news” when in reality people know that they can’t believe mainstream television news. TV programs are called “programs” for a reason – they are to PROGRAM YOU INTO SUBMISSION! WAKE UP AND SIGN THIS PETITION NOW!

Today, most people know that they can’t believe mainstream news, but they don’t quite realize the extent of how embedded these criminal activities are and how long they’ve been going on, especially in the area of town I live in where things go a little slower. I still, even here in Southeast Missouri, see a lot of people waking up to the truth that I’ve been evangelizing about and predicting over the past near decade, following in the footsteps of Patriot Alex Jones. If you’d like to know more “truth powered by The TRUTH” become an Insider HERE!

The Masons have been around for centuries and they are at the core of the problem. They are true legitimate satanists that embody our media, political, entertainment (illuminati) and every facet of our sphere. It’s like a modern holocaust. I’ve found a lot of intelligent people and become friends with them that teach these things, however most see things from all the perspectives that I do. I look at things from a secular point of view and a biblical, prophetic point of view (and I piece the two together).

if you’ve been through at least high school, you’ve probably heard at some time, “History repeats itself”. This is so very TRUE and its happening NOW! This is not to be taken lightly. I mean it. I warned my family and friends of “hyperinflation” Seven years ago, and now we’re all seeing these devastating impacts on our budgets. I urge you to listen to me now. I hope and pray you will take it to heart.

TV has been brainwashing since the beginning. It was designed to brainwash, but I bet you watch it everyday without ever figuring out anything for yourself. You get spoon-fed what is supposed to be “truth and false”. In fact, its all deceptive and its time now that you don’t only take action but MASSIVE ACTION! turn off the damn TV and keep reading. There are plenty of articles on this site that expose the truth. When you’re separated from your family and thrown into a FEMA camp at what time you’ll be seeing people get murdered in the streets and your loved ones get raped and tortured, you’ll only wish and hope and pray that you listened.

Obama hates this site because of this very truth that we speak, and he is currently ramming through actions to get us SHUT DOWN! When you remove the First Amendment = Freedom of Speech & Press, you can most definitely control a population. They already are. Just imagine their reach if sites like Infowars, Breitbart and Drudge got shut down. We honor and respect these sites. They are the Paul Reveres of our generation and we, the people need them like we do Trump! STAND FOR THE TRUTH AND SIGN THIS PETITION NOW!