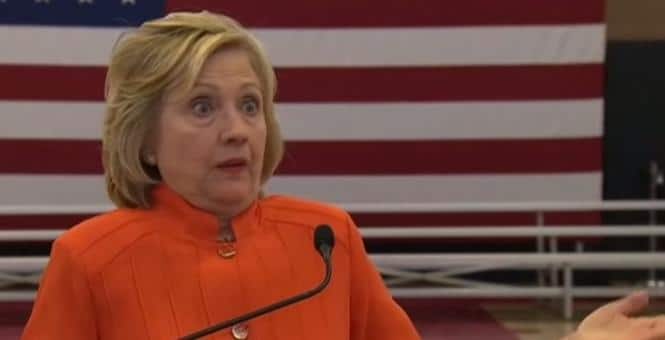 FBI Reopens Clinton Email Investigation – What’s In It For Clinton? Will She End Up In Jail This Time?

FBI Director James Comey announced that many Clinton emails had not being looked at during the FBI’s initial investigation. Will this mean that he’ll recommend charges this time?

The FBI’s credibility has recently been badly damaged due to recent revelations that the wife of the FBI Special Agent in Charge had received $500,000 in campaign funds from Virginia Governor Terry McAuliff, a notorious Clinton crony.

This might be the last chance for Crooked Hillary to be sent to jail before an election, with only 11 days to go. Should the investigation take longer than that, she will either be immune to prosecution from being president, or will simply accuse a President Trump of launching a presidential campaign.
Read more at https://www.americanactionnews.com/articles/breaking-fbi-is-back-on-to-hillary-s-email-trail-will-she-go-to-jail-this-time#xh5ixWDmrrKaR8Uf.99