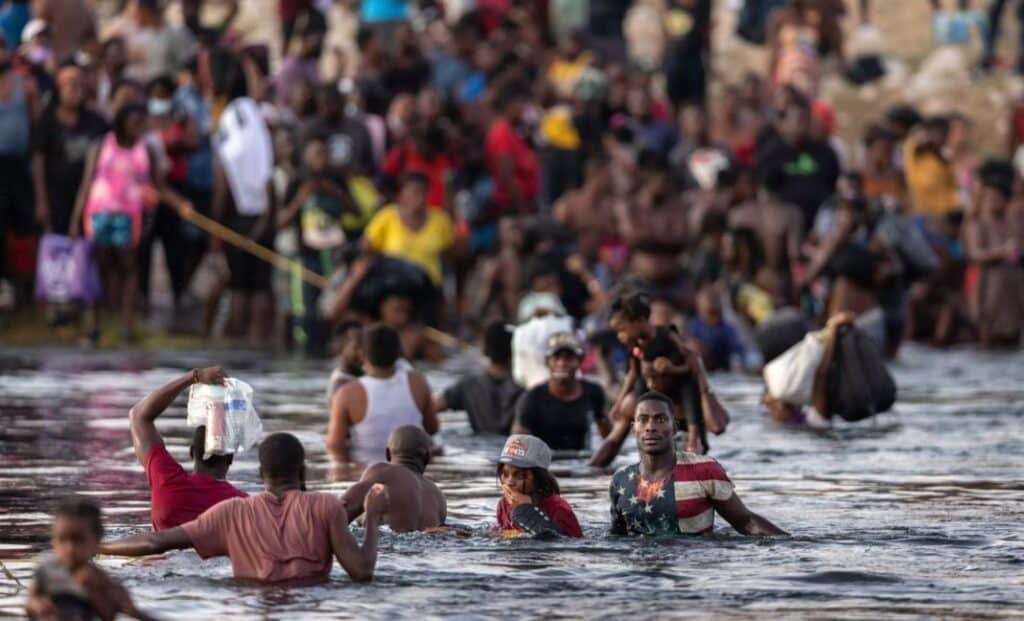 Thousands of Haitian Migrants Being Released in The United States

Thousands of Haitian migrants being released in US, report says

Despite the Biden administration claiming Haitians camped in a Texas border town faced expulsion, thousands are being let into the U.S., two U.S. officials told the Associated Press.

Many of the thousands have been released into the country with notices to appear at an immigration court within 60 days, one source told the AP.

The Homeland Security Department has been busing Haitians from Del Rio to El Paso, Laredo and Rio Grande Valley along the Texas border, and this week added flights to Tucson, Ariz., the official said. They are processed by the Border Patrol at those locations.