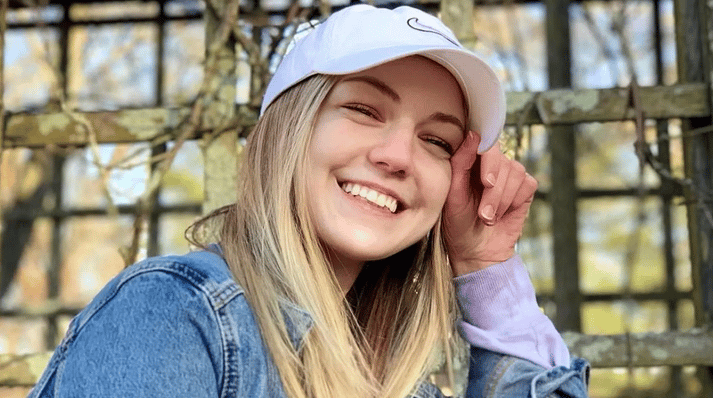 51
SHARES
ShareTweet
Please use the buttons to TWEET & SHARE this post ... then leave your thoughts & feelings in the COMMENT SECTION by scrolling down ... finally If you haven't joined TRUTH PREMIUM, what are you waiting for?

Police have named Brian Laundrie, the fiancé of a missing 22-year-old woman named Gabby Petito, a person of interest in their investigation into her disappearance.

Laundrie, 23, has not been charged with a crime, but police in his hometown of North Port, Florida, said they are now considering him a person of interest in a Wednesday tweet.

“As of now, Brian has not made himself available to be interviewed by investigators or has provided any helpful details,” police said. “We know Brian returned here to North Port on September 1st — ten days before her family reported her missing on September 11th. We have no information that a crime occurred here in North Port.”


The couple was traveling cross-country in their Ford Transit van and sharing photos and videos of their trip to social media. The 22-year-old Petito’s mother reported her missing on Sept. 11, but they had last spoken in the final week of August.

Laundrie has hired an attorney and returned to Florida – in Petito’s van – as a search is underway in Wyoming.

Petito’s family says he refused to tell them where he last saw her.

“Everyday the search for Gabby continues the Schmidt and Petito family becomes more desperate,” Richard Stafford, the lawyer representing the Petito’s mother, Nicole Schmidt, said in a Wednesday statement. “They are frantically searching for answers and information in their daughter’s disappearance while Brian sits in the comfort of his home.”

Something is “off” about this case, almost like it was a preplanned setup. In the police stop footage above, it was almost like one of the police officers was setting up the other officer to make the call on what to do. Then, they entirely censored out his “call” as to whether to initiate the arrest or not, as if to later make him the “fall guy” for what has happened. Something was just really “fishy” about this part of the video. What do you think?

51
SHARES
ShareTweet
Please use the buttons to TWEET & SHARE this post ... then leave your thoughts & feelings in the COMMENT SECTION by scrolling down ... finally If you haven't joined TRUTH PREMIUM, what are you waiting for?