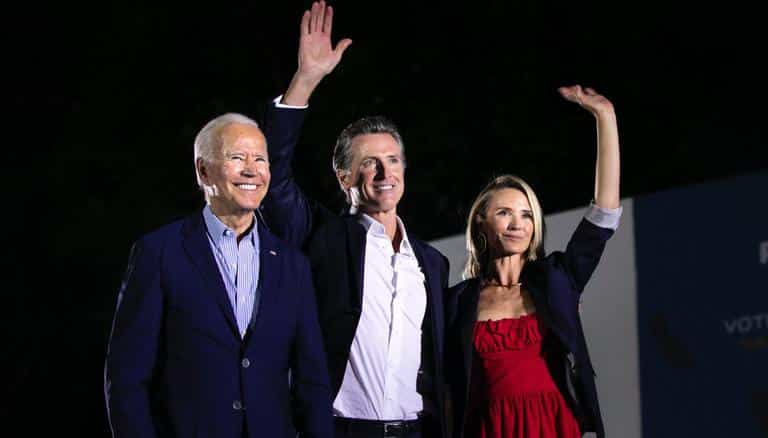 California Gov. Gavin Newsom gave a victory speech on the evening of Sept. 14 to celebrate what appeared to be a likely win in the gubernatorial recall election.

Unofficial results of the 2021 gubernatorial recall election as of 9:35 pm showed Gavin Newsom was likely not recalled and would remain governor of California. Around 66.8 percent of people were counted as voting “no” in the election, according to the California Secretary of State’s Office, while 33.2 percent voted “yes,” with 46.1 percent of precincts partially reporting.

Newsom said while Californians voted “no” on the recall, they said “yes” to his administration’s goals.

“We said yes to all those things that we hold dear as Californians and I would argue as Americans—economic justice, social justice, racial justice, environmental justice, our values,” Newsom said in his speech. “All of those things were on the ballot this evening.”

Larry Elder received the most votes at 43.6 percent among candidates who would have replaced Newsom if he was recalled.