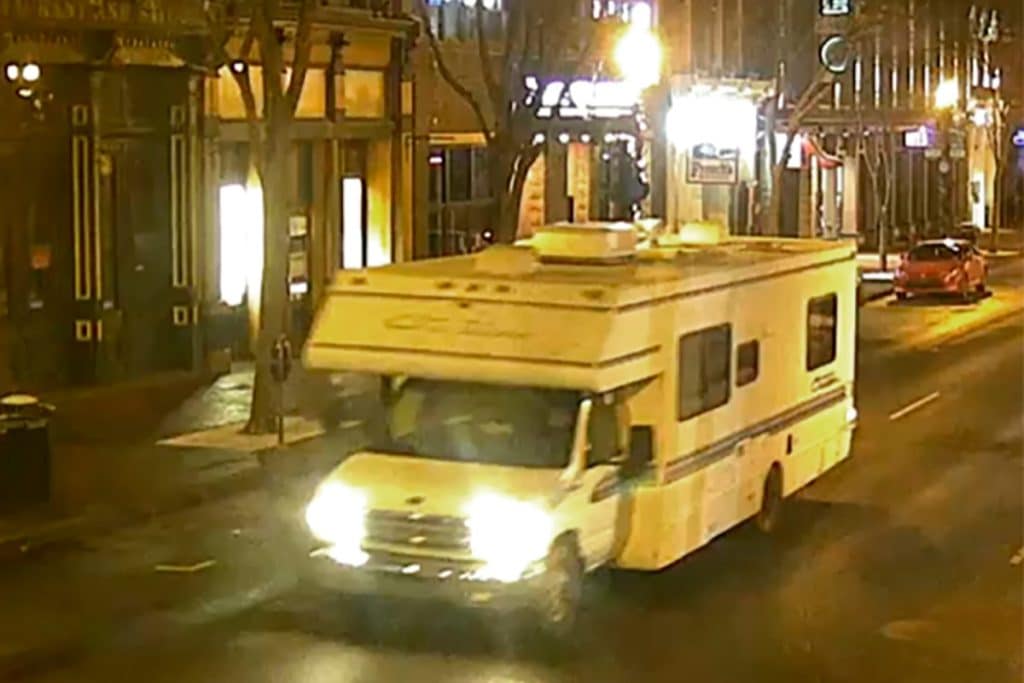 Video footage has emerged showing the exact moment an RV exploded in downtown Nashville, Tennessee. The blast was apparently preceded by a pre-recorded warning, urging bystanders to evacuate.

The explosion occurred at around 6:30am local time near Second Avenue, according to city police, who responded to a ‘shots fired’ call in the area and saw an RV they considered suspicious. As a bomb squad arrived on the scene, the vehicle exploded, in what police described as an “intentional act.”