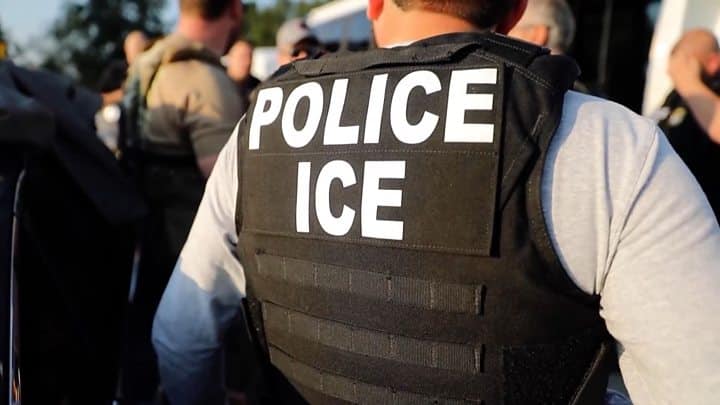 Fact-Check: ICE Does Not Conduct “Raids”

DENVER — Misinformation and rumors concerning U.S. Immigration and Customs Enforcement’s (ICE) presence in neighborhoods conducting enforcement operations continues to be promoted without merit by those with political agendas. Allegations that ICE is violating its sensitive locations policy are completely false.

“Let me be very clear, ICE does not conduct patrols, raids, or sweeps looking for illegal aliens. Individuals and groups making such accusations are doing nothing but fearmongering and in turn, putting the public and our officers at risk. ICE strictly conducts targeted enforcement actions and continues to focus its limited resources first and foremost on those who pose the greatest threat to public safety,” said John Fabbricatore, acting field office director, ICE ERO, Denver. “Our officers are professionals who uphold the law as written by Congress. If anyone has an issue with the law, they need to take it to their Congressional representative and stop directing their frustrations with the law at federal employees.”

ICE encourages public leaders, advocacy groups and the community to share accurate information to ensure the safety of both those utilizing public transportation and those charged with ensuring their safety while aboard.

ICE does not conduct raids or sweeps and does not operate roadblocks or checkpoints. The use of these terms evokes images of indiscriminate targeting of neighborhoods and spreads fear in immigrant communities.

ICE focuses its limited resources, first and foremost, on those who pose the greatest threat to public safety and border security, and our officers make arrests every single day.

ICE does not target aliens indiscriminately; the agency conducts investigations and gathers intelligence on specific individuals and targets them for immigration enforcement.

Targets are often those who were arrested on local criminal charges or have blatant disregard for U.S. immigration laws. The agency’s arrest statistics clearly reflect this. Nationally, approximately 90 percent of all people arrested by ICE during fiscal year 2018 either had a criminal conviction, a pending criminal charge, had illegally re-entered the United States after being previously removed (a felony charge) or were an immigration fugitive subject to a judge’s final order of removal.

ICE does not need a warrant to make an arrest

ICE officers are sworn federal law enforcement officers who operate within the confines of the law. Section 287 of the Immigration and Nationality Act provides ICE officers the authority to arrest aliens without a judicial warrant.

In fact, no judge in this country has the authority to issue a warrant for a civil immigration violation. Congress, by statute, vested this authorization solely to supervisory immigration officers.

Local police officers don’t need a warrant when they encounter someone breaking the law in a public space, and the same holds true for ICE officers.

Obstructing or otherwise interfering with an ICE arrest is a crime, and anyone involved may be subject to prosecution under federal law. In addition, encouraging others to interfere or attempt to obstruct an arrest is extremely reckless and places all parties in jeopardy.

The immediate and extreme impact an immigration enforcement action has on an individual and their family is not lost on our officers.

These ICE officers and their families live and shop, as well as attend schools and places of worship in the same communities. Casting aspersions about our officers’ intentions only spreads fear in a community; this is unfair and without merit.

Our officers do their jobs professionally, humanely, and treat those they encounter with dignity and respect, and protect these very communities.

It is unconscionable when those who have ideological or political beliefs that differ from the law, misdirect their attacks on ICE officers who are charged with upholding laws Congress has passed.