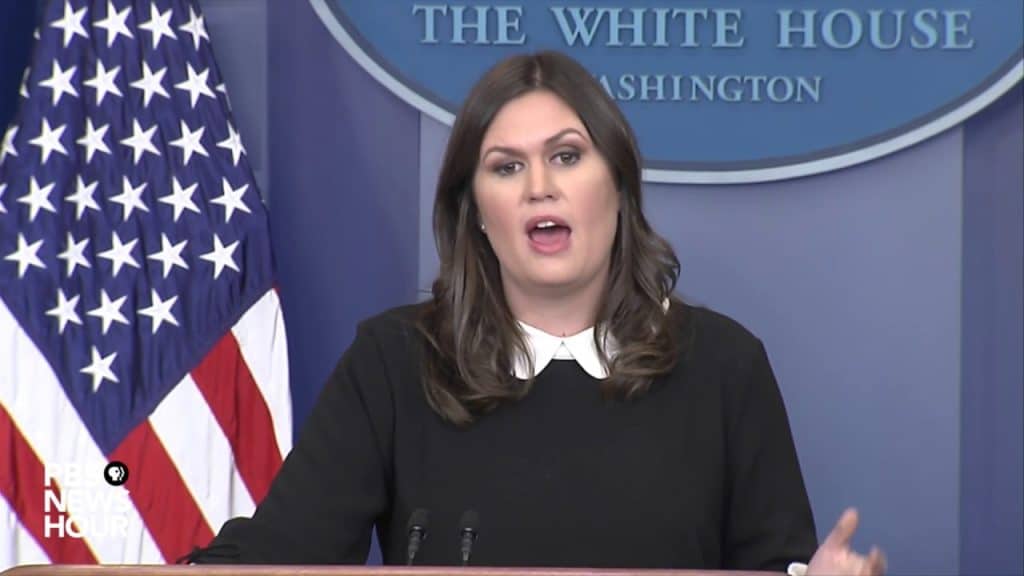 BREAKING: Sarah Sanders May Run For Arkansas Governor: ‘I feel like I’ve been called.’

Former White House Press Secretary Sarah Sanders all but confirmed she will run for governor of Arkansas on Sunday.

According to The Daily Wire:

Since Sarah Sanders left her post as President Donald Trump’s White House Secretary in June, there have been incessant rumors about her probable run for office in Arkansas, likely for the governorship.

Those rumors were given a boost on Sunday, when Sanders all but confirmed her run to The New York Times.

“There are two types of people who run for office,” the former press secretary told the Times. “People that are called and people that just want to be a senator or governor. I feel like I’ve been called.”

In 2023, Arkansas Gov. Asa Hutchinson’s (R) term will be up, leaving Sanders a lane to run.

Sanders also stated that she has been pushed to run for governor but wouldn’t od it if she wasn’t the right fit at the time. Sanders’ father Mike Huckabee formerly served as governor of Arkansas.