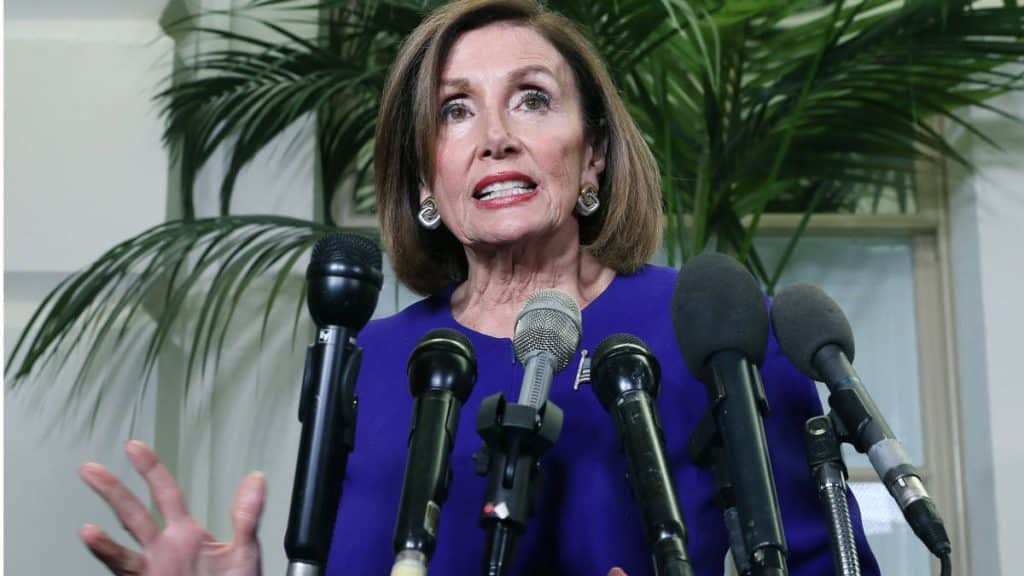 ConventionOfStates.com reported this in June 2019:

The social media age hasn’t been all rainbows and unicorns. The spread of fake news and misinformation on platforms like Facebook, Twitter, and Youtube is a real concern for many Americans, especially those who feel that their views are targeted by west coast elites.

But Nancy Pelosi’s plan would make a bad situation even worse.

As Reason.com’s Nick Gillespie explained in a recent op-ed, her plan would turn the internet from a creative realm with both good and bad into yet another aspect of American life controlled by Washington.

We’ve all been watching this develop for years now: The internet is being slow-choked, not by rapacious ISPs forcing users to pay for “fast lanes,” but by politicians on both sides of the Atlantic who want to have a bigger role in what we’re allowed to do and say online. To be sure, lawmakers are being greatly aided in their efforts by major tech players such as Facebook’s Mark Zuckerberg and Apple’s Tim Cook, who are explicitly calling for regulation to maintain current market positions in a sector defined by creative destruction (all hail MySpace and Blackberry!).

In an interview with Recode’s Kara Swisher, Speaker Nancy Pelosi (D–Calif.) pronounced that in the tech sector, the “era of self-regulation” is over when it comes to privacy and speech rules. Sounding a lot like conservative Republicans such as Sens. Ted Cruz of Texas and Josh Hawley of Missouri, she zeroes in especially on Section 230 of the Communications Decency Act as the thing that needs to be torched.

As the title of a new book puts it, Section 230 comprises “the twenty-six words that created the internet.” Author Jeff Kosseff explains that by immunizing websites, platforms, and service providers from “lawsuits over materials that their users upload,” Section 230 “fundamentally changed American life.” Indeed, the internet as we know it is based on both “content created not only by large companies, but by users,” writes Kosseff, who observes that of the top 10 most-trafficked websites in the United States in 2018, only Netflix “mostly provides its own content.” All the rest—Facebook, Wikipedia, YouTube, Twitter, et al.—either rely heavily on user-generated content (including potentially actionable reviews and comments about everything under the sun) or exist to guide users to such content (Google, Yahoo).

Pelosi is done with all that, telling Swisher that the freedom of expression empowered by Section 230 is “a gift” and a “privilege” that can be rescinded if major tech companies don’t move in the direction she and other politicians want.