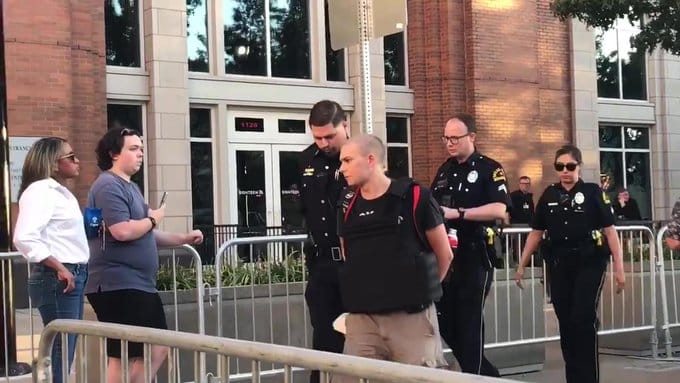 Watch the below video where it’s being reported that a man with an arsenal of combat gear was uncovered at President Donald J Trump’s Dallas, TX Rally … You most likely haven’t heard about this on Lamestream, Mockingbird Media! There’s only been a handful of outlets that have covered this story, but MSN is one of them …