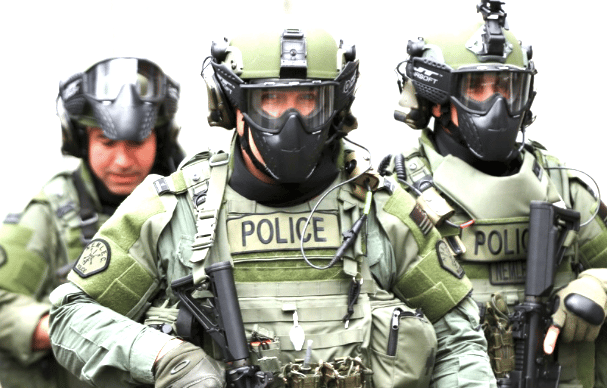 Keep in mind that at this point in time things could go in a positive or a very negative direction. We’re uncertain, but one thing is for certain … This is MARTIAL LAW CURRENTLY IN EFFECT IN CALIFORNIA (at least it really STINKS LIKE IT!!!).

America is NOT a Communist Country!!! and never will be! True Patriots won’t stand for this nonsense. period.

POTUS made that clear.

… but DemonRats are backed into a corner; they are doing everything they can to cause chaos and bring as many people down with them as possible.

Justice is coming & “they” know it!

Get prepared AMERICA! Coming to a CITY NEAR YOU …

Cities in California where the power is set to shut off tonight have adopted “CURFEWS” … Watch the video below from FB Live to get the scoop: REMOVED (OF COURSE!)

Here’s the lamestream narrative “aka” bullshit …

People have more than a “right to their opinion”. They have the right to be FREE and not to be held captive (false imprisonment) in their own homes by government tyrants …

BREAKING: Many EXPLOSIONS and Extreme Fires Rock California | Eternal Affairs Media | the truth powered by The Truth | What Will You Believe?