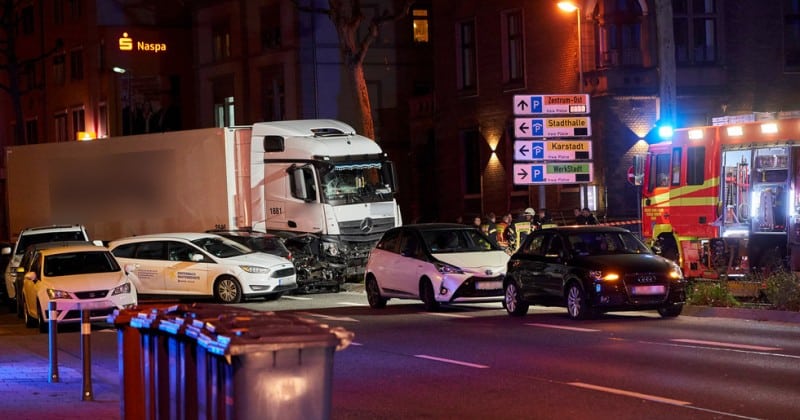 Incident being treated as terrorist attack.

A Syrian migrant shouting in Arabic about Allah ploughed a truck into traffic in the German city of Limburg, injuring 9 people in an incident being treated as a terrorist attack.

The suspect dragged the driver of a white Mercedes truck from his vehicle before accelerating into other cars at a traffic light.

It’s a miracle that the man didn’t choose to plough into pedestrians, which would have undoubtedly caused more fatalities.