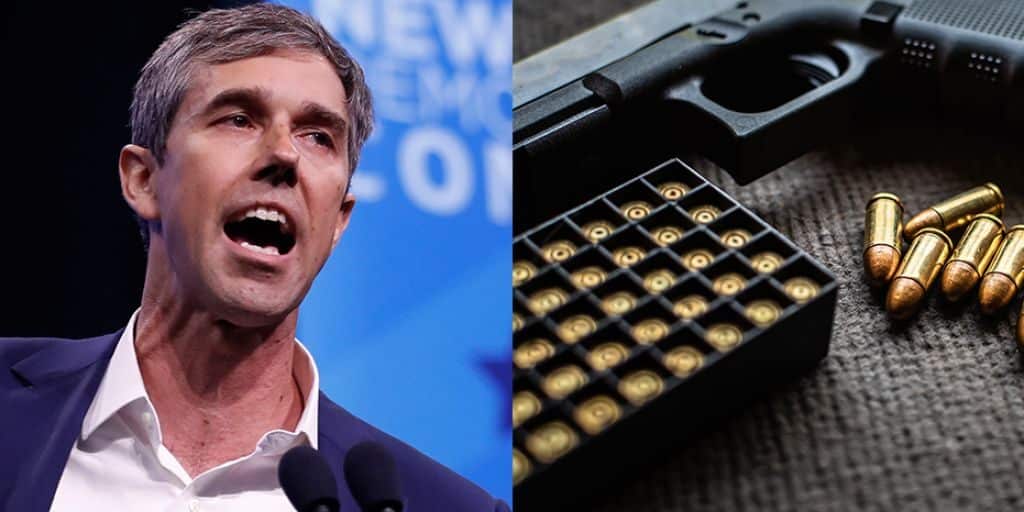 No Beto! It’s Not a “Threat”. It’s Our Duty!!! O’Rourke Declares War On The American People & Can’t Take The Hits

Robert Francis, I suggest that you try reading the Constitution before taking another oath of office (which won’t happen) … “Shall not be infringed” is not to be taken lightly. I know many backwoods boys that will stand up for their constitutional rights, and their not a force to be reckoned with.

Beto, It’s NOT a “threat” … It’s a “lawful warning” … a Constitutional Warning that Our Founding Fathers made clear was The American People’s DUTY to stand up against sh*ts like you!

Beto O’Rourke declares war on The American People and can’t take the hits! Calls The FBI when the waters get mucky.

Beto O’Rourke responded to a Texas lawmaker on Friday who dared the former Congressman to take his AR-15, calling the FBI to report his tweet as a “death threat.”

“My AR is ready for you Robert Francis,” Texas Republican Representative Briscoe Cain wrote on Twitter after O’Rourke warned during the Democrat debate that “Hell, yes, we’re gonna take your AR-15.”


This is a death threat, Representative. Clearly, you shouldn't own an AR-15—and neither should anyone else. pic.twitter.com/jsiZmwjMDs


O’Rourke discussed the issue on Friday morning during an interview with CNN, criticizing Cain for his tweet.

“That’s exactly why Briscoe Cain should not have an AR-15,” he said, lecturing the congressman.

O’Rourke said his campaign called the FBI to report the offending tweet, as they saw the message as a threat.

“I believe that someone on the campaign did — contacted the FBI, contacted Twitter,” he said. “I mean anytime you have somebody threatening to use violence against somebody in this country to resolve a political issue or really for any reason that’s a matter for law enforcement.”

I’m not afraid to call this what it is. It’s NOT a threat, Beto. It’s a LAWFUL WARNING THAT THE AMERICAN PEOPLE WON’T STAND FOR YOU TRAMPLING ON THEIR RIGHTS. period. That’s what it is. It is a LAWFUL warning that we will stand for our Constitutional Rights. Back off! You just picked a fight you can’t win.

For example, maybe we should be focusing on the criminals; instead of taking rights from law-abiding citizens.

Please use the buttons below to TWEET & SHARE this post ... and leave your thoughts & feelings in the COMMENT SECTION by scrolling down ... If you haven't joined TRUTH PREMIUM, what are you waiting for? Click Here
21
SHARES
ShareTweet
0 0 votes
Article Rating
Subscribe
Connect withD
Login
Connect withD
0 Comments
Inline Feedbacks
View all comments