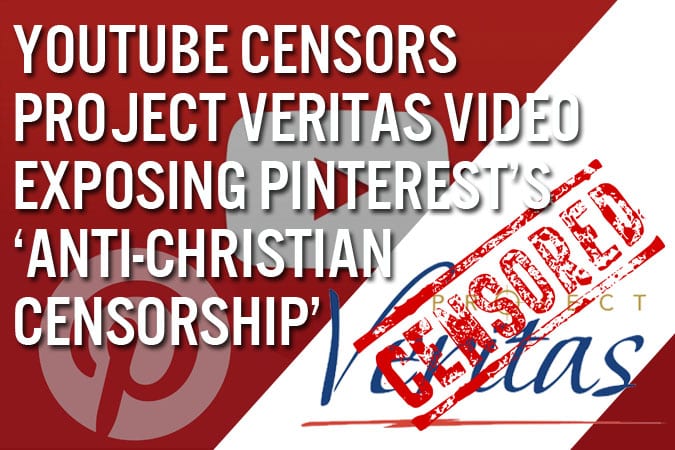 The battle for freedom of speech online continues to escalate, with the latest development being YouTube censoring a journalist’s video about Pinterest’s censorship of Christian and pro-life content.

. Later, Live Action was blocked from the platform altogether.

A representative for Live Action said Pinterest notified the organization that they had been “permanently suspended because its content went against our policies on misinformation.” In a statement to Fortune, Pinterest cited misinformation and health-related conspiracies as the reason.

“Pinterest has targeted Live Action, I believe, because our message is so effective at educating millions about the humanity of the preborn child and the injustice of abortion,” Live Action founder Lila Rose said, according to the Catholic News Agency. “Pinterest users deserve to know the truth and our messages deserve to be treated fairly. If Planned Parenthood can promote their message on Pinterest, then Live Action should be able to as well.”