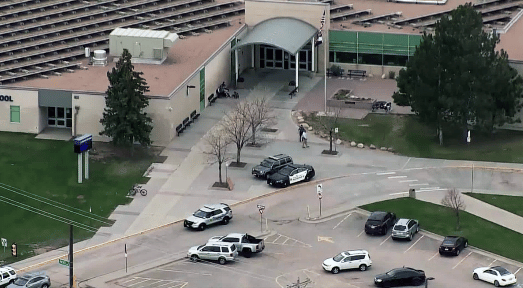 After several Colorado schools were placed on lockdown due to “a credible threat” on Tuesday, many have announced they will be closed on Wednesday because of “ongoing safety concerns.” Authorities are looking for an 18-year-old woman who made the threat. According to local media, she is armed and said to have an infatuation with the Columbine mass shooting that took place nearly 20 years ago to the day.