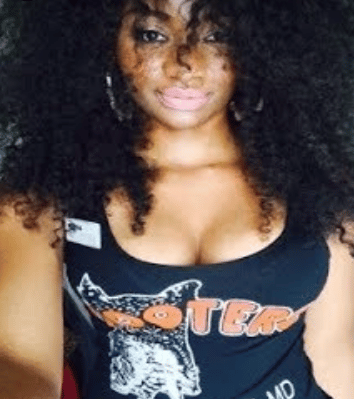 In Another Instance of MAGA Hat Derangement Syndrome …

In another instance of MAGA Hat Derangement Syndrome, new video surfaced showing a Hooters waitress being publicly schooled by a pro-Trump black man after she ordered him to remove his Make America Great Again Hat.

“YouTube personality Tommy Sotomayor started filming the encounter with the black waitress after she made an issue of his hat”, says Infowars.

This is what the young leftist generation doesn’t understand. When you are SERVING people and they are PAYING, and when it is your JOB … then DO YOUR JOB, period. It’s NOT YOUR JOB to ask about a customer’s political viewpoints or affiliation. That is none of your business and entirely irrelevant.

The young generation is so stuck on not being offended that they do not know discipline; the discipline to keep their traps shut while doing their job that they are paid for.

I do give her props that she actually HAS a job since the majority of these liberal cry-babies do not have jobs. That is of course if she STILL has one after this incident!

Hopefully she will learn her lesson. Keep your mouth shut & serve your customers!

Read More About This Story At Infowars!