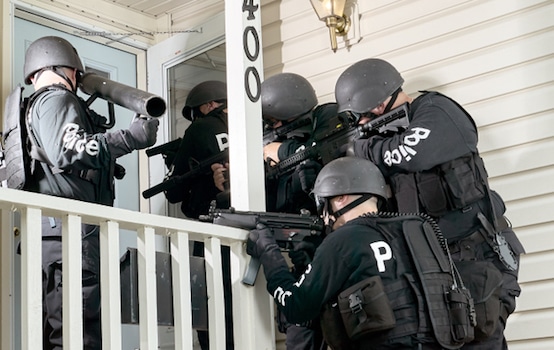 ST. CHARLES, Mo. – More than 200 exhibitors are getting set for the R.K. Gun Show at the St. Charles Convention Center on New Year’s weekend, where about 7,000 gun enthusiasts are expected.

Gun owners at the gun show are well aware of a pile of gun control bills pre-filed for the 2019 Missouri Legislative Session, including SB-42, which they consider a gun seizure law.

State Senator Jill Schupp’s (D-Creve Coeur) bill would establish a procedure through the courts for an “extreme risk order of protection” that would allow the courts to take a person’s firearms away for up to a year if they’re found to be a risk to themselves or others.

Gun owners feel that no law will prevent someone wanting to do harm from getting a gun.

“All it’s going to affect is me and you, the people who obey the laws,” said Dennis Pearson, manager of R.K. Gun Show. “Criminals don’t go buy guns and instantly go commit a crime. Criminals, they don’t follow the law, they’ve already acquired weapons illegally and it doesn’t matter what law you have, they don’t follow them.”

Schupp said she filed SB42 with the intention of protecting families from dangerous domestic abuse situations and preventing suicide.

“We’ve seen this kind of legislation work in other states to reduce the number of suicides and deaths by gunfire,” said Senator Schupp. “So we’re hopeful those models will be looked at an taken up here in the state of Missouri so that we can move forward and save lives.”