Why The New Love For Socialism In America?

Socialism does not work.

Socialism will not work.

So why the sudden love affair with Socialism in the United States? A country that went to war against the very principles of Socialism. Please, don’t think I have confused Communism with Socialism. Let’s be honest – it’s the same thing. Government controls everything and decides who gets what. Whether it’s the C-word or the newly packaged cuddly progressive movement occurring in America.

All atheists. All Socialists.

Did you know the Nazi party stands for National Socialist German Workers’ Party? You probably didn’t but somehow the current movement managed to rewrite history or at least conveniently leave out certain facts and convince a large portion of the American population that Socialism wrapped inside the American flag means change you can believe in. And so many people fall for it. How?

Evil lies in the heart of man. Jesus talked about it. John 3:19 states This is the judgment, that the Light has come into the world, and men loved the darkness rather than the Light, for their deeds were evil. Evil lies in my heart. Your heart. Your neighbor’s heart and every single voter. Politicians too. But if we know that murder is evil and most of us don’t murder, than how come we don’t know that Socialism is evil?

Because it feels good. We like things that feel good. Even if it’s bad for us.

Recently, in my place of business, a co-employee was lauded for his planned trip to a concert where he announced intentions to get drunk and high. Something apparently known as getting crunked. Imagine the response if I detailed my plan to read the Bible for an hour followed by prayer time with my wife. What do you think the response would be?

Admit it. Evil is attractive. Most people – if given their druthers – pick debauchery. Even Christians struggle between choosing what is right and wrong. If Christ did not rise from the dead and we simply dance to our own DNA, than please bring on the booze, women and the lazy, self-centered political ideology called Socialism.

Because who wants to work? I don’t! I’m tired of working. Every day it’s the same thing. Get up at 6:30 a.m., get to work by 7:30 a.m. and sit in front of a computer screen for eight hours. Then go home. And repeat. Plenty of other things exist I’d rather spend my time doing. Believe me.

We get two measly days off each week and some of us don’t even have that. And, to do what? All the stuff you want to do but you couldn’t do during the week cause you were too busy working making a living. So, if a savior comes along and promises you a living (at the expense of someone else), giving you free this and free that while enabling you to work less and play more, guess what? My love for evil wants that and wants it now!

So the Socialists whisper in our ears, “That person has more money. You want some?” How else do you think they get what they promise to give?

Now tell me something – since when did breaking the 10th commandment turn into a legitimate political system? Coveting bankrolls the foundation of Socialism because it takes something from you and gives it to someone else. The next time someone covets your spouse will you freely hand him or her over for a night? If you say “No,” you’re not a Socialist. Otherwise you’re a hypocrite. So stop being one – in all areas of your life.

Socialism approves greed and regulates envy eventually tapping into the deepest and darkest desires of human nature thus providing a legal and moral outlet for the very sin that ensnares us. Isn’t it ironic how so many people want to be left to their own devices but still long for someone to pat them on their head and say, “Go west, young man.”

Let’s face it. Evil attracts us. Why do you think it’s so hard being good? Good, of course, means different things to different people. But it seems the more we try to correct the perceived wrongs in life through government intervention the worse things get. Unfortunately feel good legislation stands in direct contrast to the notion of delayed gratification.

We want it and we want it now speaks from the broken human condition. Unfortunately, like a drug we need more and more to fill the empty void in our lives. But history has shown once people figure out the errors of their ways, letting go of our embrace of evil proves too hard to overcome.

For from within, out of the heart of men, proceed the evil thoughts, fornications, thefts, murders, adulteries, deeds of coveting and wickedness, as well as deceit, sensuality, envy, slander, pride and foolishness. – Mark 7:21-22

This was originally published here. 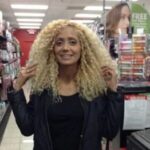