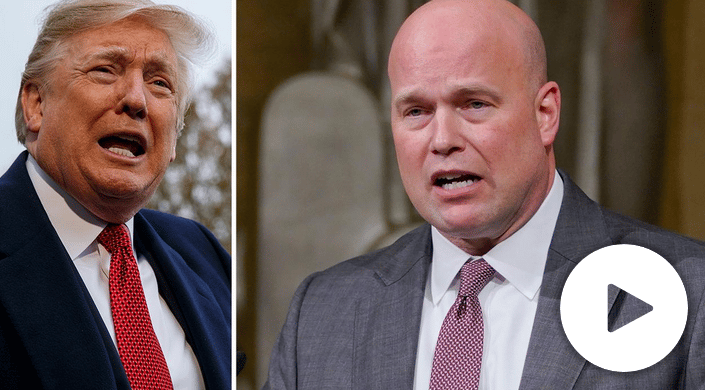 Whitaker was appointed by Trump to lead the Justice Department after Attorney General Jeff Sessions was forced out of the role earlier this month.

[They are all scared they will be prosecuted in Military Tribunals – that’s the TRUTH of the matter! They are backed against a wall and fighting like rats to stay in power.]