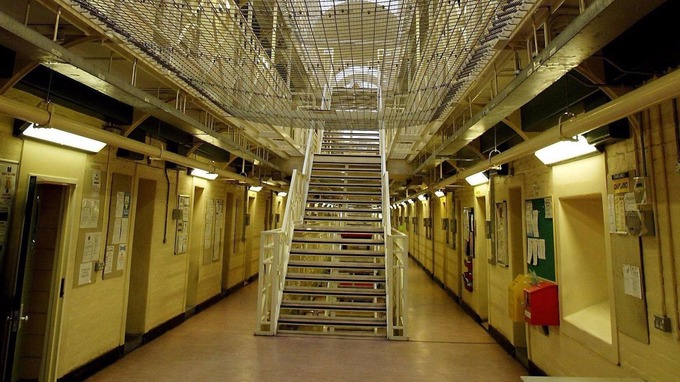 Intact Man Who Claimed to Be Transgender Put in Women’s Prison. Guess What Happened IMMEDIATELY

Whoever believed for a minute that a man, a criminal, no less, who claimed to be transgender and yet had not undergone any kind of surgery to make him, you know, less male, would actually be perfectly docile in a women’s prison is an absolute fool.

That’s exactly what the completely ignorant progressives in the UK did, however, and it immediately proved to be a terrible idea.

Because it was always a terrible idea.

Diamond and Silk have the story:

The purportedly ‘transgender’ prisoner, who petitioned the government to be put in a women’s prison, is now accused of sexually attacking the four female prisoners in the New Hall jail in Wakefield, West Yorkshire, England.

The man was placed in the women’s prison even though he never went through sex reassignment surgery.

In fact, the first sexual assault occurred only a few days after he first arrived at the women’s prison, the Daily Mail reported.

“The alleged victim – an inmate with whom the inmate had become friends with – said she could see the prisoner’s erect penis at the time of the assault,” the Mail reported.

They also note that “British prison governors had warned the government that female prisoners might be put in danger by the growing number of men claiming to be transgender being housed among them.”

This is beyond insanity.

How can so many people be so afraid of offending anyone that they’ll ignore reality to the point of believing a prison inmate when he claims to be a woman?

England is like a petri dish for terrible, self-destructive, culturally Marxist policies, and it’s causing their once great Kingdom to crumble before our very eyes.

The nation of the Magna Carta is turning into a cesspool of crime and cognitive dissonance, all in the name of “progress.”

They’re progressing all right…to their own demise.