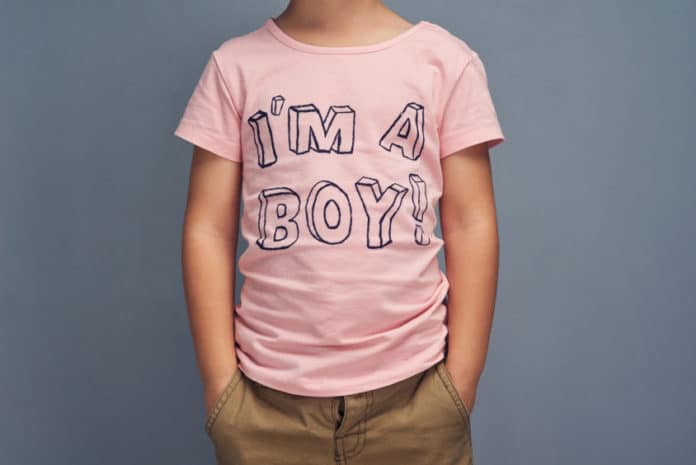 This first appeared on Activist Mommy:

It appears the pendulum is starting to swing in the opposite directions.

For the last decade, we have been subject to a horrifying rejection of reality that extends from the highest levels of government to the innocence of kindergarten classes.

The denial that gender is biologically determined.

It has been extraordinary to witness just how far this ideology has spread and how far the gender fascists expect us to bend over backward to accommodate a wildly irresponsible misrepresentation of a serious mental illness.

So when two parents applied to have their daughter’s name changed as she “self-identifies” as a male, they fully expected the hearing they were required to attend to be just a formality.

Instead, they were served a hefty dose of reality from a refreshingly sensible judge.

According to Leigh and Kylen Whitaker, last month Judge Joseph Kirby of Warren County, Ohio unexpectedly turned down what they were led to believe would be effectively an automatic approval of their request to change the name of their daughter Heidi to Elliott because she self-identifies as a male.

Judge Kirby’s decision, they told reporters, included a mini-lecture on the influence of the media and statistics showing that a vast majority of kids grow out of gender dysphoria.

“We thought it was just a formality, basically,” said Leigh, citing parents from her support group that assured them that judges hold the hearings just to make sure someone’s not trying to change a name for fraudulent reasons. But as WKRCCincinnati reports, Judge Kirby made quite clear that he wasn’t there to rubber-stamp their request.

“The judge met with us for 15 to 20 minutes and then decided that he knew better than the parents and the doctors and our child,” said Kylen. “We just don’t feel that’s right.”

The parents were, naturally, quite upset and the story has now made national news. They’ve procured an LGBTQ attorney who says that the Judge’s decision has “first amendment” issues and the case will soon be heard by the 12th Circuit Court of Appeals.

Heidi has been treated at a transgender clinic for the last year, and the parents feel it’s imperative she’s provided with the name change as her school records continue to list her as a girl.

Which, of course, she is.

Is it really so insane to suggest that perhaps the adults involved in this situation should give the child a chance to grow up before changing her life in an irreversible way based on junk science that will most certainly be proven to be far more damaging than it is helpful to those confused about their gender?

The teen years are already insanely difficult and confusing, and it used to be that parents tried to make sure their children avoided centering their life around the whims of youth, or that any struggles they may encounter would not negatively affect their future.

But it’s 2018 and no doubt the left will rally together to make an example of the judge who dared to go against the grain.