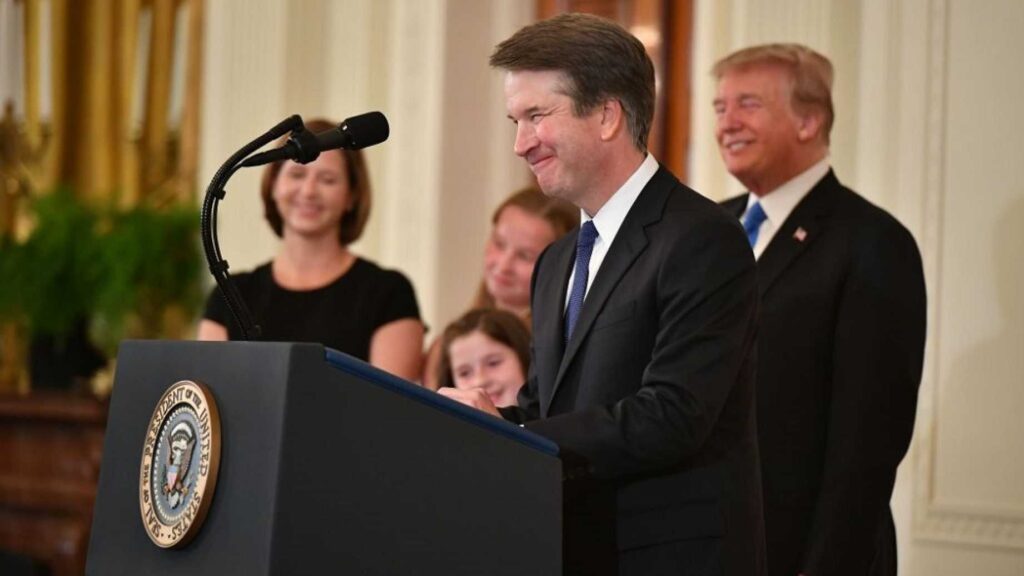 Brought to you by Hon. Eugene Delgaudio | Public Advocate

And the Homosexual Lobby and their allies on Capitol Hill are already launching their devious plans to sabotage Judge Kavanaugh’s confirmation.

I have seen with my own eyes how the streets around the U.S. Supreme Court are being swarmed with anti-Family activists losing their minds over Trump’s nomination of Judge Kavanaugh.

They’ve become so violent Fox News scrapped their live airing on the nomination.

So, it’s safe to say that the Homosexual Lobby is not going to roll over and let the Senate confirm Judge Kavanaugh without a fight.

You see, the Homosexual Lobby and their allies know exactly what’s at stake.

Simply put, this all-out battle could shape the face of our nation’s highest court for a generation.

Countless decisions are coming up before the U.S. Supreme Court — decisions like:

Should men be allowed in women’s restrooms with little girls?

Should homosexuals and transgenders receive special treatment in the workplace and the military?

Should Christian-owned businesses be shut down for standing by their religious convictions?

We need Judge Kavanaugh confirmed to take over the Supreme Court and ensure there is truly a conservative majority to protect pro-Family Values.

That’s why I’m emailing you today. My voice alone will not be enough to persuade the U.S. Senate to confirm Judge Kavanaugh.

You see, if Judge Kavanaugh is confirmed to the U.S. Supreme Court, conservatives would take control of the Supreme Court and set vital legal precedents to preserve Traditional Values.

But if the Homosexual Lobby’s allies in the Senate successfully block Judge Kavanaugh, they will attempt to force through another hand-picked nominee who will support their radical anti-Family agenda.

I cannot stress this enough, this is a must-win fight if there is any hope of preserving Traditional Values in America.

That’s why Public Advocate is fighting back with a tidal wave of 30,000 petitions in support of Judge Kavanaugh for you to sign before our July 19th deadline.