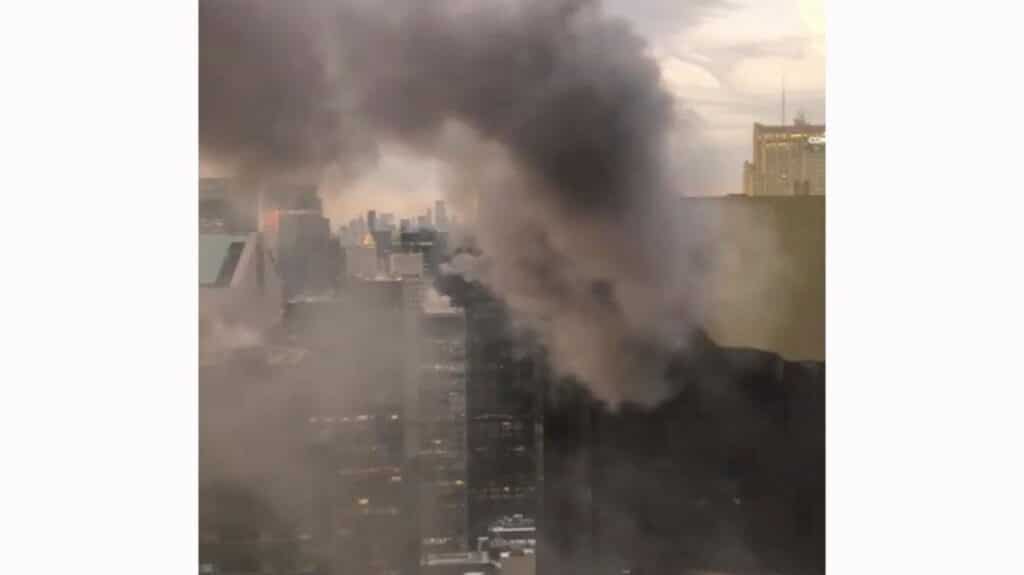 A fire broke out at Trump Tower in New York City this morning, per the New York Daily News.
Smoke was seen billowing off the top of the Manhattan skyscraper, carrying for several blocks.

Firefighters were called to the Fifth Ave. skyscraper, located at East 56thSt., at about 7:20 Monday morning.

They quickly knocked the fire back, but firefighters are currently making sure it didn’t spread.

The cause of the fire is unclear and fire remains under investigation.

No injuries have been reported.

President Trump was not at the Trump Tower, where he has a residence, at the time of the blaze.