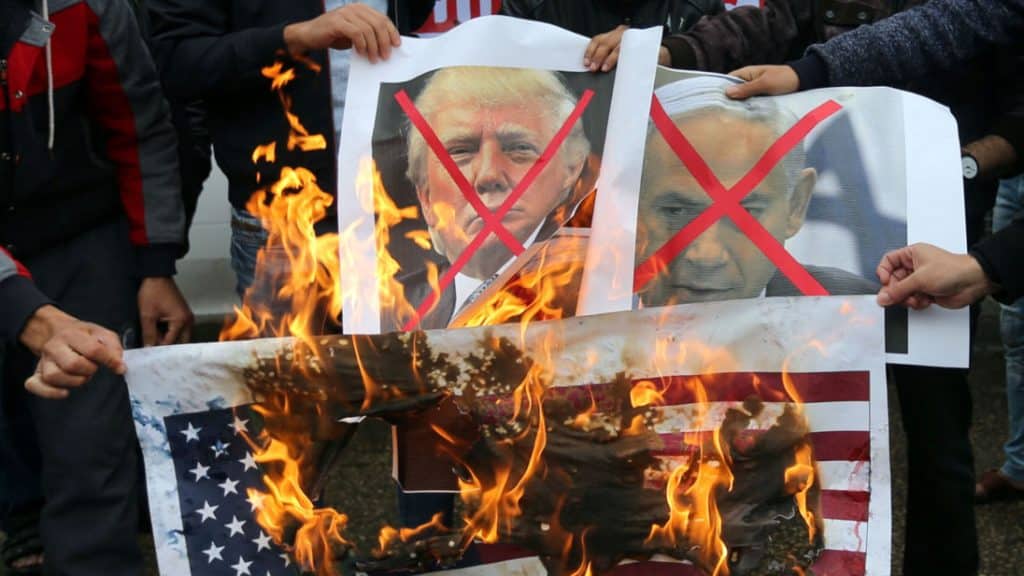 JERUSALEM/GAZA (Reuters) – The Islamist group Hamas urged Palestinians on Thursday to abandon peace efforts and launch a new uprising against Israel in response to U.S. President Donald Trump’s recognition of Jerusalem as its capital.

The Israeli military said it was reinforcing troops in the occupied West Bank, deploying several new army battalions and putting other forces on standby, describing the measures as part of its “readiness for possible developments”.

Protests so far have been scattered and largely non-violent.

But dozens of Palestinians gathered at two points on the Gaza border fence with Israel and threw rocks at soldiers on the other side. Inside Gaza, thousands of Palestinians rallied, some chanting: “Death to America! Death to the fool Trump!” and burning tires.

Protests by Palestinians have begun across the West Bank, East Jerusalem and the Gaza Strip because of President Donald Trump’s decision to make Jerusalem the capital of Israel.

Palestinians have been chanting, fighting with troops, and setting things on fire around the West Bank. They are even burning posters of Donald Trump and Israeli Prime Minister Benjamin Netanyahu along with the flags.

People are being treated for rubber bullet shots, burns, and tear gas.