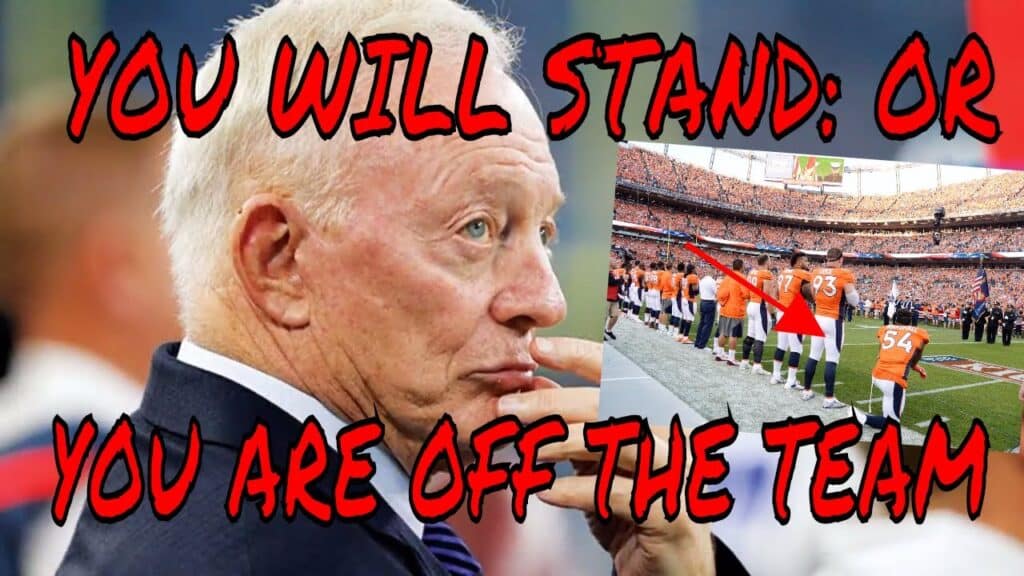 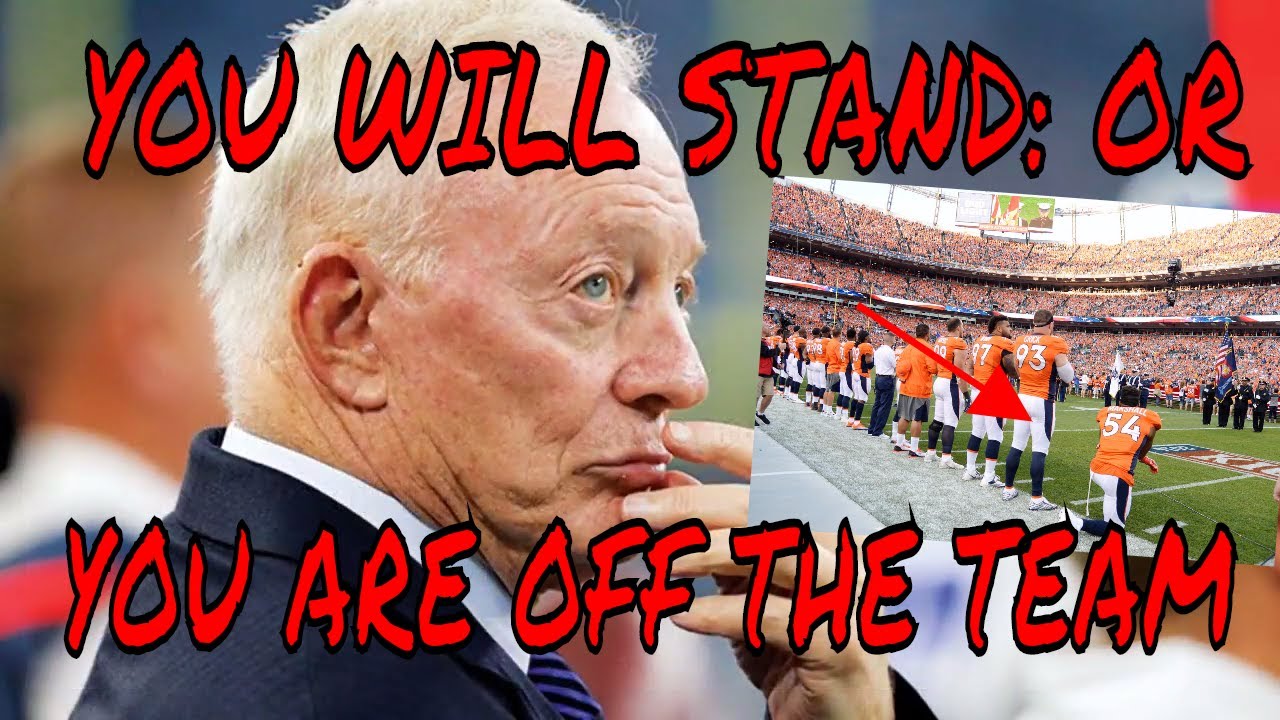 It’s hard to believe that Jerry Jones’ famous words about “Take a Knee” were even uttered after what happened last night against The Cardinals.

“The booing at the NFL football game last night, when the entire Dallas team dropped to its knees, was loudest I have ever heard. Great anger . . . But while Dallas dropped to its knees as a team, they all stood up for our National Anthem. Big progress being made-we all love our country! (reported by Texas Monthly)

In my opinion, however, this is still disrespectful. The whole idea of taking a knee regardless of when it is done is about belittling our flag and country. I do commend them on at least standing and interlocking arms for the Nation’s Anthem.

—President Donald Trump in two tweets Tuesday morning. Trump, who devoted a large part of his Twitter feed to the politics of sports over the weekend, continued his commentary after the entire Dallas Cowboys team—including owner Jerry Jones—took a knee before the national anthem ahead of Monday’s game. The team then stood, with arms interlocked, for the performance of “The Star Spangled Banner.”

You can see one of the pansies (I don’t know his name cause I don’t give a flying cat’s *ss about football) … he seems to be having a hard time disciplining himself to stand during the anthem (like he’s sucking it up). PUNK! #BoycottNFL