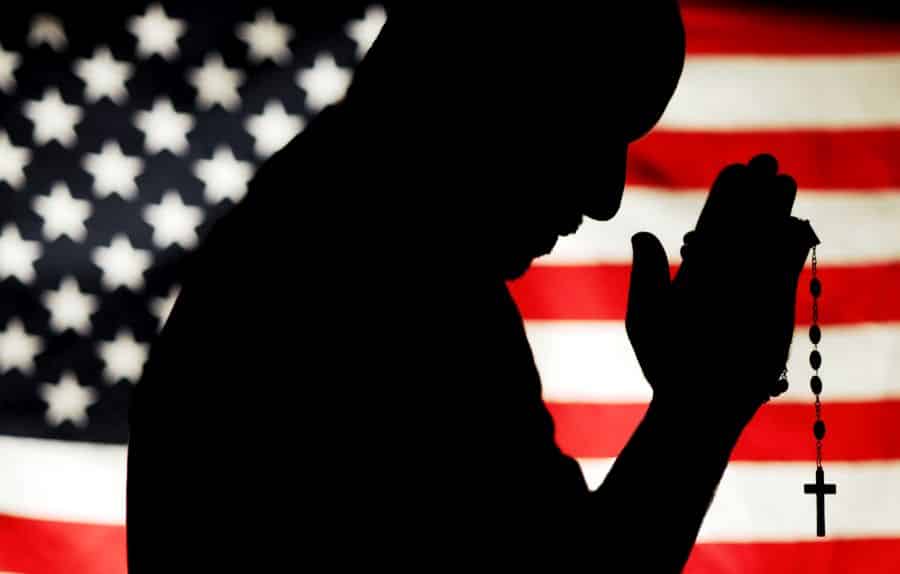 Pro-Family Americans are calling for the restoration of Religious Liberty.

They are terrified that they, too, will be persecuted for following their faith.

But how can you blame them for this cry for help when they see the Homosexual Lobby using their allies in local governments to persecute Christians?

They saw the Washington florist who was found “guilty” and fined $1,000 for refusing to give her services and approval to a homosexual “wedding.”

And they remember the Atlanta Fire Chief and District Health Director in Georgia who were both terminated from their positions for expressing their beliefs.

This is why more and more state legislatures are taking a stand by introducing their own bills to protect Religious Liberty.

States like Kentucky, Florida, Texas, Mississippi, Virginia, Tennessee, Georgia, South Dakota, and Kansas are just some of the states that have had bills introduced or passed in their state legislatures this year to defend Religious Liberty.

But there is good news.

Pro-Family champion, Senator Mike Lee (R-UT), said he will be reintroducing the First Amendment Defense Act to defend Religious Liberty from attacks like these.

That’s why Public Advocate made a petition for you to sign, calling on Sen. Mike Lee to introduce “without delay” the First Amendment Defense Act to defend Religious Liberty.

You see, the First Amendment Defense Act is designed specifically to eliminate discrimination against Christians by the federal government.

And luckily, President Donald Trump has promised to sign the First Amendment Defense Act once it reaches his desk…

…making the real problem navigating this bill — unscathed — through Congress.

Especially with a new Congress, surrounded by past allies of the Homosexual Lobby — like their Trojan Horse, House Speaker Paul Ryan — encouraging them to adopt this perverse agenda.

So it’s critical we prove to Sen. Mike Lee that pro-Family Americans are demanding the First Amendment Defense Act.

But we can’t do this without your help.

That’s why I need you to take action now by clicking here to sign your petition urging Sen. Mike Lee to reintroduce the First Amendment Defense Act to defend Religious Liberty.