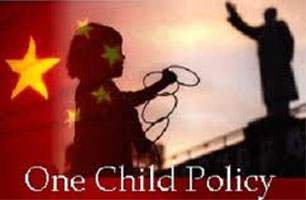 So, how do you feel about paying for women to choose to abort their baby?

Now, how do you feel about paying for women to be forced to abort their baby?

Well it’s true. Not only do we American taxpayers fund abortions here at home with our taxes, we also send millions and millions of dollars to China to subsidize their horrific one-child policy, by way of the so-called United Nations Population Fund.

You’d think that with all of the public outcry in recent years about the Chinese activist, Chen Guangcheng, we would hear more about China’s grossly inhumane policy.

Instead, ABC, NBC, CBS and other mainstream news outlets avoid the issue like the plague.

Because talking about the ills of abortion might bring to light that the abortion industry in America would like to steer us ever closer to China’s abhorrent policy. . .

. . . And would bring up all of that U.S. money involved in abortions here and overseas.

You see, since taking office, President Obama has showered the UNFPA with over $227 million dollars of our tax money.

And his most recent budget inked in $35 million of our already stretched tax dollars to go to forced Chinese abortions.

Does this make any sense? Aren’t we already up to our ears in debt to the Chinese government — to the tune of over $1.2 TRILLION dollars?

But there is hope on the horizon.

The House of Congress where pro-lifers have the most control is the one that holds the power of the purse — the House of Representatives.

And in fact, earlier this year, the House of Representatives passed the No Taxpayer Funding for Abortion Act that would cut off all federal funding of abortion.

And now the fight moves to the U.S. Senate where Senator Roger Wicker is leading the fight.

Click here to sign your petition to the new, 114th Congress, to stop all taxpayer funding of abortion.

In the last election, pro-lifers took back the U.S. Senate and expanded pledged support in the House to fight against taxpayer funding of abortion.

But without action from pro-lifers, wavering politicians may cave to the demands of the abortion lobby, so please click here to sign your petition.