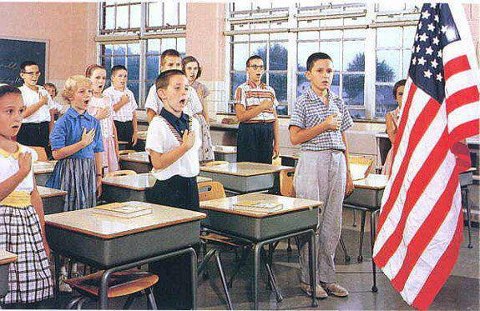 EXCERPT FROM NEWSMAX – Editorial by Biselliano Below …

Kentucky Republican Sen. Rand Paul is still stopping short of saying whether he plans to seek the GOP presidential nomination in 2016, even though he has pushed for a bill back home in his state legislature to allow him to run for both the Senate and the presidency at the same time.

“We’re definitely talking about it,” Paul told Fox News Sunday host Chris Wallace. “My family’s talking about and we’re doing the things that would be necessary to make sure that it can happen and will work.”

However, he told Wallace, “I haven’t made my mind up and won’t make it up until after the 2014 elections.”

Rand Paul shares a lot of his father’s values. Son of former congressman and notorious Libertarian Ron Paul, Rand is carrying on his father’s legacy when it comes to moral beliefs about abortion, free state, limited government, taxes and the federal reserve as well as religion.

EA has always been fond of Ron and now we’re beginning to grow fond of Rand as well. We share a lot of the same beliefs which SHOULD be priority in ALL Americans hearts and minds!

Anybody that believes our Founding Fathers were NOT Christian are fooling themselves. The fact alone that the US Constitution follows the same Ten Commandments as The Bible is proof that the moral, values, beliefs and ethics of the founding fathers were based around Christianity. Let’s just get back to basic “moral” for a second. Its “not right’ to kill a baby. What makes it right? What makes you think you have the right to kill a baby? Federal courts have ruled that LIFE BEGINS AT CONCEPTION. Just think about it. (or are you a Sociopath?) The sperm and egg are live, moving organisms with LIVE DNA! There is so much LIFE in that which has rights of its own such as The Pursuit of Happiness.

So, to you dead beat murdering mothers out there, own up to your actions and see it for what it is. God is willing to forgive, but you must first admit your faults. You don’t have the right in God‘s eyes to kill His children. And if you want to say for “one second” its your child so you have the right, then take it back out of the trash can and nurture it like it were your child.

For God’s sake, America needs to get back to its high moral fiber it once had. The pride of a nation. The pride in God and the flag. The National Anthem where it sends chills down your spine when you are NOT too lazy to put your hand over your heart or salute a Veteran.

I HAVE A STORY TO TELL YOU THAT MAKES ME CRINGE:

I was in the doctor’s office yesterday and as we often experience in this millennial world, there was a little girl whining her *ss off about wanting a particular restaurant. I didn’t see her. I heard her from the other end of the building, but I did see her giving her mom problems later and she had to have been at least five years old. Now, I may not be a fan of abortion, but if you’re going to spare the rod and hate your child, I’m a HUGE FAN OF ADOPTION! I had thoughts swirling my head, “This lowlife is probably a mommy blogger”. Just like anything else you train for, if you’re going to have a child, take some parenting classes. ITS CALLED CHURCH!