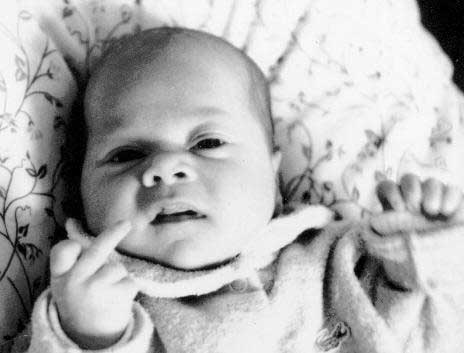 The TSA successfully prevented an alleged terrorist from boarding a
JetBlue flight out of Florida on Tuesday. Initial reports describe the
suspect as having curly brown hair, around 33 inches in height and really
into drinking milk from a bottle. 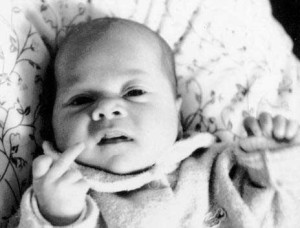 The 18-month old daughter of two New Jersey-born Americans of Middle
Eastern descent was reportedly the reason for sending Transportation
Security Administration agents onto an about-to-depart plane in Ft.
Lauderdale, Florida this week. The parents of the girl, who wish to remain
anonymous, say the entire incident is absurd.

Riyanna’s mother tells Fort Lauderdale’s WPBF 25 News that she was
approached by an airline employee late Tuesday while onboard a JetBlue
plane readying for departure. According to her, she was informed that TSA
agents were waiting to speak with the family back inside the terminal.

“And I said, ‘For what?'” Riyanna’s mother tells the network. “And he
said, ‘Well, it’s not you or your husband. Your daughter was flagged as no
fly.’”

The family then exited the plan to answer questions from the TSA. They
don’t quite buy the story that it was their daughter that demanded an
investigation, though.

“It’s absurd,” Riyanna’s father adds. “It made no sense. Why would an
18-month-old child be on a no-fly list?”

The parents say that, for 30 minutes, they stood around a terminal at the
Ft. Lauderdale Airport while there flight was halted.

“We were put on display like a circus act because my wife wears a hijab,”
claims the father.

“We were humiliated,” he says. “We were embarrassed. We were picked on.”

Eventually the family was cleared to once more board the aircraft, but the
child’s parents say they were too embarrassed to seat themselves again
amid the chaos. In the aftermath, they have asked the TSA for an apology —
they have yet to receive one.

What has materialized, however, is a statement from the TSA that has the
agency adjusting the blame towards JetBlue, not the federal security
screeners.

“TSA did not flag this child as being on the No Fly list,” the agency says
in a statement released to the Huffington Post. “TSA was called to the
gate by the airline and after talking to the parents and confirming
through our vetting system, TSA determined the airline had mistakenly
indicated the child was on a government watch list.”

When questioned by WPBF, JetBlue said the incident was an issue for the
TSA; the TSA told the network that it was an issue with the airline and
would not be investigating it.

Riyanna’s father says he intends to consult with an attorney